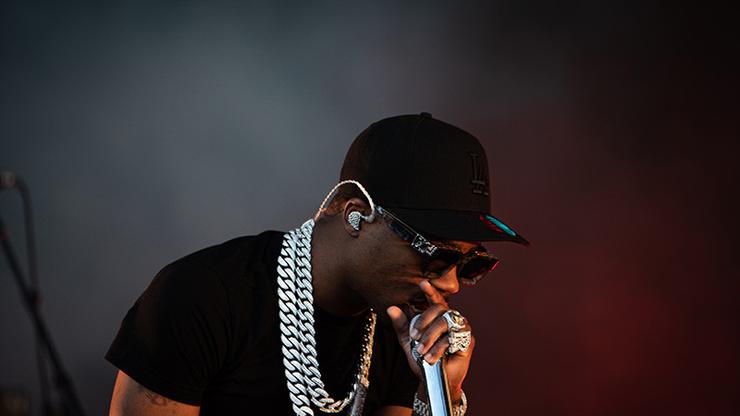 Roddy Ricch reveals that he used to want to die on “LIVE LIFE FAST” standout track “crash the party.”

Roddy Ricch‘s ascension during the last stretch of the 2010s was electric. After two back-to-back Feed The Streets mixtapes, the elusive rapper solidified himself as one of the premier artists of his generation with his impressive debut album Please Excuse Me For Being Antisocial, which spawned his diamond-certified single “The Box.” Approximately two years later, the rising artist is back with his sophomore studio album, LIVE LIFE FAST.

As previously reported, the early reception to Roddy Ricch’s new album has so far been incredibly mixed, with unimpressed fans calling the record “lacklustre,” “boring,” and “gass without the g.” However, one track that has gotten fans talking is “crash the party.” According to HipHopDX, the Compton-born artist ends the aforementioned track with a spoken confession, revealing that he once contemplated suicide but found solace in making music.

“I was walkin’ through Compton one night at like— ahem like 2 a.m. in the morning,” Roddy Ricch recalls on “crash the party.” “I just left my girl house, I found out she was on some bullshit, you know what I’m sayin’? And I walked past the 91, I was walkin’ all the way down Central, past the graveyard and shit. I had made a l— a right on Alondra, um, walked up by the side of the airport and I passed the hood, you know what I’m sayin’, and I went all the way to The Cedars.”

“I had pulled up on my DJ at the time and he was just tellin’ me keep my head up and shit like that. Shit was crazy, you know?” the Grammy award-winning artist continues. “I felt like I wanted to die, I felt like I ain’t even wanna be no more ’cause I just— I ain’t have shit at the time, you know what I’m sayin’? And music was all I really had, so you know just from goin’ to jail and fucking around in the streets, I knew it wasn’t shit, so I had to just, keep my head up, keep goin’, get focused, grind that shit out, you know what I’m sayin’?”

Listen to the track for yourself below, and let us know in the comments if you were surprised by Roddy Ricch‘s confession when listening to LIVE LIFE FAST.