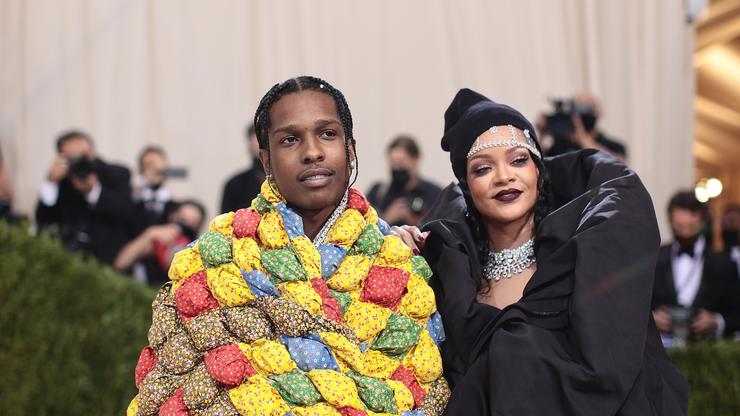 The premiere of Rihanna‘s third Savage X Fenty fashion show has finally arrived, and the 33-year-old has been doing tons of promotion ahead of the big day. The singer hosted an early showing in Los Angeles on Wednesday night, during which she answered some burning questions about her creative process.

PEOPLE magazine was quick to suggest that Riri’s boyfriend, A$AP Rocky would be a great design collaborator seeing as he he’s something of a “Fashion Killa” himself and the brand has recently expanded its range to include men’s underwear as well.

“Are you kidding me? Do you know who I am? I’m a control freak,” the “Pon de Replay” singer joked. “Listen, he’s proud of what I’ve been able to accomplish and all of my designs.”

Rihanna may not be putting Rocky to work (yet, anyway), but the 32-year-old was still in attendance at Wednesday night’s premiere, showing tons of support for his girlfriend and everyone else involved.

Normani, BIA, Nas, Daddy Yankee, and Ricky Martin were some of the musical performances for the evening. As per usual, the Fenty Beauty CEO called on her model and celebrity friends like Gigi Hadid, Vanessa Hudgens, Cindy Crawford, Emily Ratajowski, and Irina Shayk to walk her designs down the runway.

Prior to the premiere, Rihanna also opened up about what fans can expect from her highly anticipated ninth studio album, which has yet to receive a release date.

“Just put that in your mind like whatever you know of Rihanna is not gonna be what you hear,” she teased.

Be sure to check out the Savage X Fenty show for yourself now that it’s streaming on Amazon Prime Video.