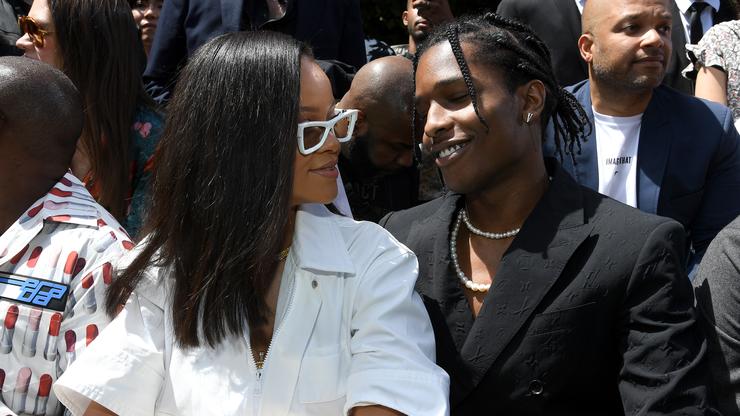 The couple was caught out in Rocky’s Cullinan.

From the looks of things, A$AP Rocky and Rihanna have grown inseparable, as far as they, their fans, and every tabloid in the world are concerned. And, in the world of entertainment, that’s really all there is. For the first time in far too long, fans of the latter can take solace in the fact that she was caught headed to the recording studio out in New York City last night.

The esteemed tandem rolled around New York City in Rocky’s white Rolls Royce Cullinan when they were ultimately caught pulling up to the studio. Mentioned in reference to Saweetie being gifted a Rolls-Royce truck herself, the Cullinan starts from roughly $330,000, so it’s safe to say these two were in for a good time no matter where they were going.

Above all else, there is nothing more promising in the story than the fact that Rihanna‘s been caught within even a mile-long radius of a studio. For all we know, she wasn’t even getting in the booth, but it’s best to remain a little optimistic about it.

Most recently, A$AP was seen in the lab with Metro Boomin just this Tuesday. Well aware of his highly-anticipated forthcoming album, All $miles, we can only wait and see what’s to come from these recent studio sessions.

Aside from rolling around town together, the two have been seen on foot far more, with Rihanna caught literally being swept off her own. What are you looking forward to hearing out of this studio visit?