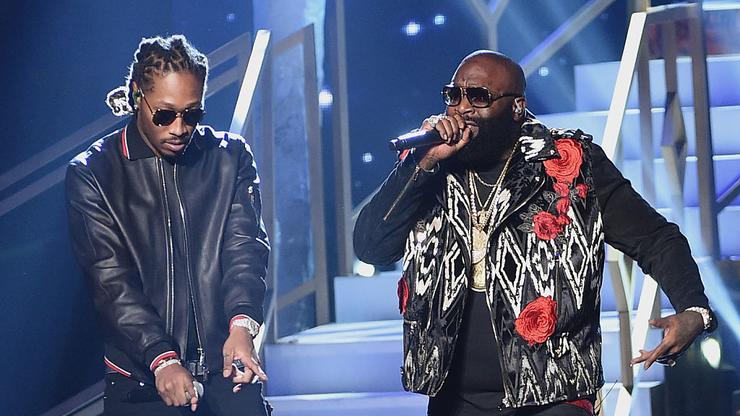 With the upcoming album “Richer Than I’ve Ever Been” in the pipeline, Rick Ross and Future stage a meeting of the bosses.

It’s a good time to be a Rick Ross fan. Though his upcoming album Richer Than I’ve Ever Been has been delayed until next year, the rapper recently spent some time putting the finishing touches on the final five percent. And now, while we wait for the rollout to begin, Renzel has opted to spark a bit of hype by sharing an intriguing image on his Instagram page.

From the look of things, it would appear that Ross was recently spending some time with Future, sharing a picture that appears to have been snapped from inside a studio. “250 a gram,” captions Renzel, bossed up alongside a fellow entrepreneur. As of now, it’s unclear as to whether the picture is recent, though it does seem to indicate that the pair will be joining forces to some degree on Richer Than I’ve Ever Been. Lest we forget, Ross and Future are no strangers to collaboration, having previously united for tracks like “Green Gucci Suit,” “No Games,” Ace Hood‘s “Bugatti,” “I Wanna Be With You,” and more.

Of course, it’s entirely possible that Future and Rick Ross were simply catching up as old friends, talking shop and swapping tales of luxurious living. Yet this is the modern-day rap game, where every Instagram picture sparks a narrative — especially with an album looming on the horizon. Look for more Richer Than I’ve Ever Been news to surface in the coming weeks, and sound off in the comments if you think Future and Renzel should connect for another collaboration?