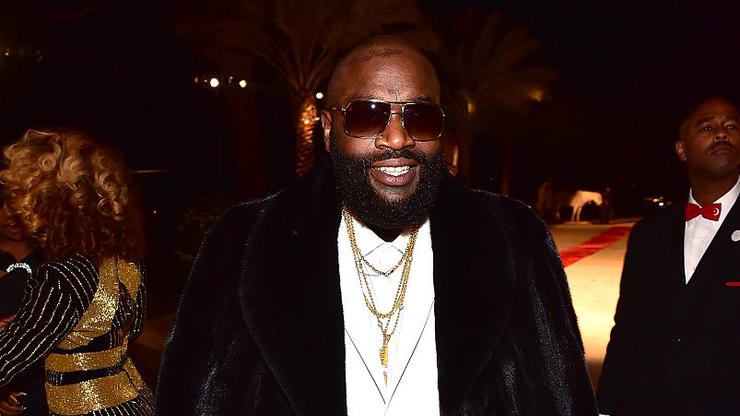 Rick Ross took a trip to Colombia to get some new teeth, showing off his new rejuvenated smile.

After forty-four years of life on this planet, Rick Ross found his teeth were giving him some problems. He was seemingly unhappy with how they looked, possibly even insecure about his smile because, in pictures, he rarely opens his mouth to give the camera a look at his teeth.

Thankfully, since he’s got boatloads of money, he can fix these sorts of things. If he’s feeling down on himself because of his teeth, he can just head to a world-renowned dentist to get some veneers placed, giving him an all-new look and freshening him up big-time.

This weekend, Rozay posted a picture of himself boarding a private jet and, according to TMZ, he was on the way to Colombia. The publication states that the rapper took a flight to the South American country to see Dr. Mario Montoya for what was a 6-hour procedure, leaving the country with a brand new smile.

Pictures show just how effective the procedure was, with Ross flashing a whiter, cleaner, straighter smile.

He’s also seen wearing the same outfit that he has been picked apart for online, rocking his Louis Vuitton garments, which many have exposed to be illegitimate.

Ross’ new smile reportedly did not cost him a dime, despite it usually costing around $10,000. TMZ claims that this was a free procedure.

The Miami legend isn’t the only rapper to have gotten a bag and went straight to the dentist. We’ve seen Tekashi 6ix9ine, Moneybagg Yo, Cardi B, and other famous artists get their teeth fixed once they get on.