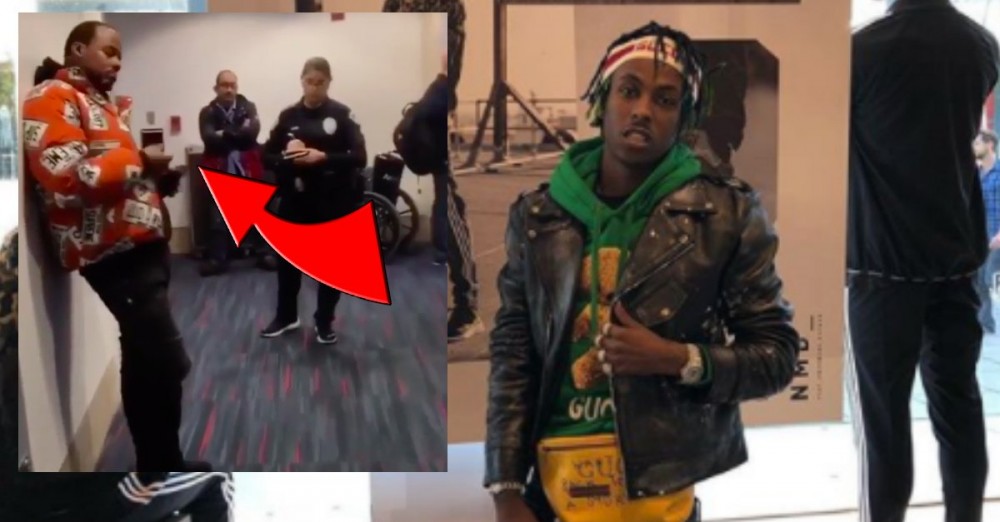 Plenty people like to gripe about the amped up tensions and seriousness surrounding airline flights these days. It’s been a common joke since well before Ben Stiller did his whole “bomb bomb bomb” bit in Meet The Parents, and it’s still going strong.

Even if you’re the type person to disagree with the deadly seriousness the TSA, we’re pretty sure you’ve never been able to threaten to behead someone on a commercial flight without the police getting involved. Even in the pre-9/11 days, telling someone you are going to remove their head from their body would probably warrant a talking to.

That’s what Rich The Kid’s manager allegedly did while flying along with his client. According to reports from TMZ, the rapper got up to use the restroom when passengers were not allowed to move around the cabin. Flight attendants told him to return to his seat, but he refused. His manager got involved and allegedly threatened the flight attendants… with beheading.