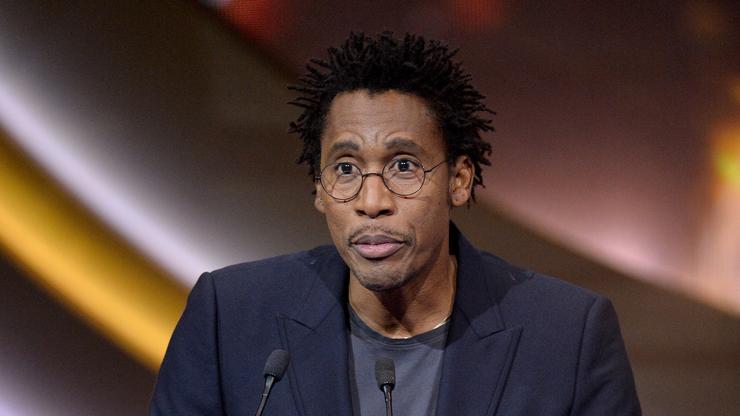 Raphael Saadiq distances himself from Marilyn Manson’s sexual assault allegations, but he also takes a moment to address people who have been flooding his Instagram with negative and hurtful comments.

On Thursday night, Kanye West held his third straight DONDA listening party without actually releasing his long-delayed tenth studio album, and although fans aren’t yet able to sink their teeth into the highly anticipated project, the live-streamed event got plenty of people talking. In fact, several people are disappointed by Ye’s decision to use his latest listening event to shine a spotlight on DaBaby and Marilyn Manson, who have recently been the subject of homophobic controversy and sexual assault allegations, respectively.

It turns out that Kanye isn’t the only person under fire for their association with Marilyn Manson at the DONDA listening event at Soldier Field. Legendary R&B singer and multi-instrumentalist Raphael Saadiq has unexpectedly found himself in the hot seat after sharing an Instagram post in which he posted alongside the controversial rock star.

According to VladTV, Raphael Saadiq was in attendance at Kanye West‘s high-profile event, where he met up with Marilyn Manson and subsequently took a picture with him. Upon posting the picture, he started to receive a bunch of unexpected backlash, which prompted him to educate himself on Manson’s current sexual assault allegations.

Now, Raphael Saadiq has come forward to address the controversial social media post by apologizing to his fans and clapping back at trolls who were spamming his page with negative and hurtful comments.

“I’m taking this post down today, I wasn’t aware of his allegations, so please forgive the post,” the former Tony! Toni! Toné! member explained. ” I wouldn’t want to offend anyone who’s been abused,but I want to say this, most of the people whom I’ve never seen on this page, I’m a very positive brother who only post love and positive music, but you MF don’t ring my bell for positive post, I guess that’s why negative shit is so popular.”

He continued, saying, “Y’all sit around and wait for shit like this, my post and views are very low numbers, and I like it like that, but as soon as it something y’all don’t like, Millions of new people hit the page, y’all should try ring my bell for all the positive things, click on a good song or a beautiful positive waterfall or mountains, but y’all go straight crickets for Gods creative nature, who’s really the DEVIL!!! It might be you #Donda forgive all typos.”