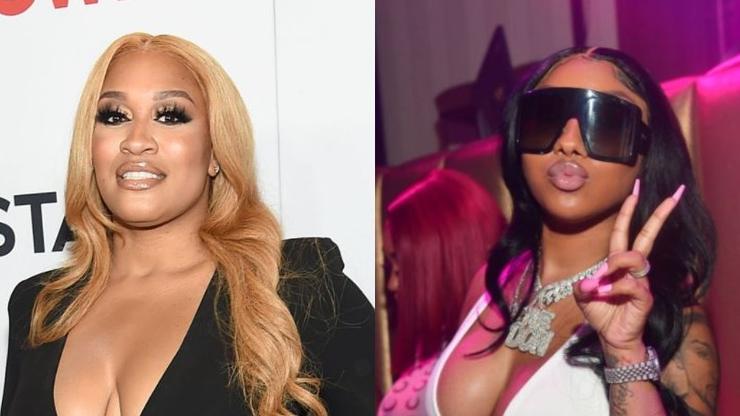 The reality star spoke about why she and Ari have been at odds, claiming that Ari has been sleeping with her ex for nearly a year.

Nicki Minaj‘s good friend Rah Ali is back in the headlines for yet another vicious verbal exchange. Rah Ali has argued with many people in the industry, on and off-screen. The world has watched Rah on shows like Basketball Wives, Keeping Up With the Kardashians, Love & Hip Hop, and more, but it’s her run-ins with fellow celebrities that have garnered attention. She’s had arguments with Cardi B, Jennifer Williams, Sky Days, and now, Ari Fletcher. We previously reported on Ari threatening to beat up the pregnant reality star, and Rah Ali has returned with a story of why she and Fletcher have been going at it.

As many know, Ari Fletcher has been in a relationship with Moneybagg Yo for some time. However, Rah Ali claims that Ari has been sleeping with her ex-boyfriend. “Having all the facts laid out, I’m gonna let you in on this. For the past several months, several months, for about nine to ten months, Ari has been f*cking my ex,” said Rah.

“Ari may get on social media and portray the image that she is so happy and in love in her relationship, but it’s all an act,” Rah Ali continued. “She’s laughing, she’s doing everything in between with this n*gga. Any second that she has free, that she’s not in Bagg’s face begging for attention from him, she’s getting it from this n*gga. And that is where the passion and the hate came [from].” Whew. Listen to Rah below.