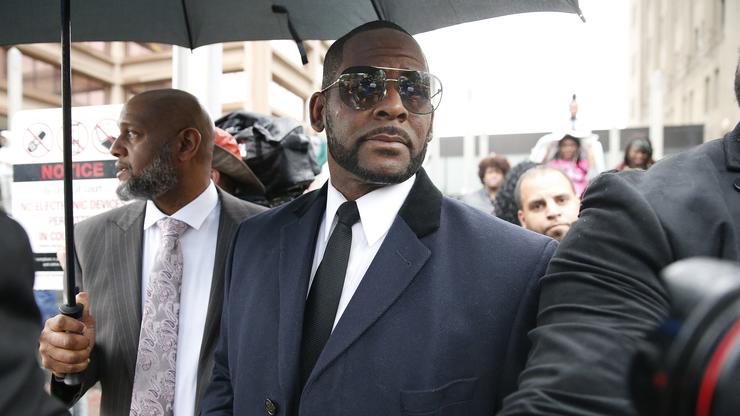 Azriel Clary and Joycelyn Savage sat with King for an explosive interview, but a witness testified that Kelly would cough to signal the women’s answers.

It was an interview that is still being talked about by both fans and critics of R. Kelly. In the Spring of 2019, while once again facing those accusations of sex crimes, Kelly sat down for an explosive interview with Gayle King. The disgraced singer denied treating women poorly, pursuing underaged girls, holding anyone against their will, and the like, yet still, his detractors did not believe his story. To amplify his voice, Kelly’s then-live-in girlfriends, 23-year-old Joycelyn Savage and 21-year-old Azriel Clary, were also permitted to chat with King, but their inclusion was picked apart and scrutinized by a global audience.

Almost a year after that interview Clary was no longer with Kelly and told The Sun that she was abused during their relationship. She also claimed that she lied to King during the 2019 interview, and during the singer’s ongoing trial, a woman only identified as JAne Doe testified that Kelly was controlling Clary and Savage’s answers.

According to TMZ, Doe told the court that Kelly would not allow the ladies to watch the Surviving R. Kelly docuseries and if anything about it happened to come on the television, they had to change the channel. The woman also alleged that Kelly was in the room as Clary and Savage were being interviewed and would cough as a signal to the women to stay “on script” and to “make sure they backed his denials.”

Doe said when she first met Kelly, he promised to help her with her music career but nothing materialized. She also offered an alleged experience she claimed she suffered at the hands of Kelly and a man that the singer nicknamed “Nephew.”

Doe testified that “Nephew” was groomed by Kelly from a young age and when Kelly got upset with her, she was punished by being forced to have sex with “Nephew” while Kelly stayed in the room and watched. She makes the second woman to testify against Kelly thus far in his New York trial. Both women to take the stand reportedly met the singer when they were teenagers.

Revisit Clary and Savage’s interview with King below.