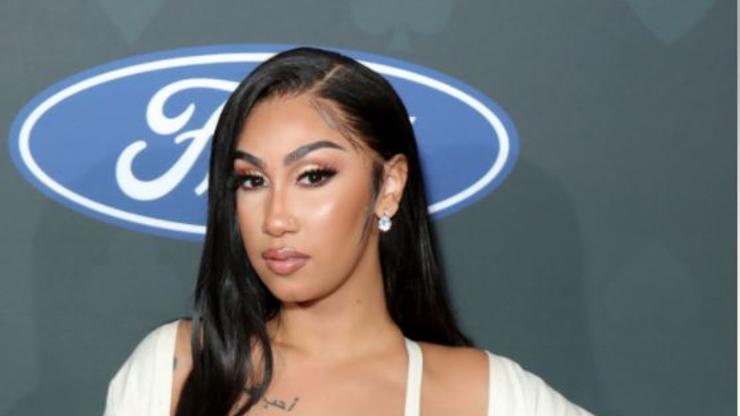 While she would love to get in the studio with the rapper, Queen wonders “if he’s approachable.”

Today (November 11), NBA YoungBoy surprised his fans with his mixtape Until I Return. The rising rapper recently celebrated his album Top reaching the No. 1 spot on the charts, and while his success continues to climb, YoungBoy has been faced with a number of personal issues that cloud his accomplishments. For as much as he’s been making waves in the industry, it seems that the Louisiana artist also has been shaking things up for his legal team. There have been incarcerations and accusations of assaults, not to mention the arguments between the mothers of his children—one of which allegedly ended in a stabbing involving Yaya Mayweather who is currently pregnant with his son.

Queen Naija recently shared her debut album misunderstood, a project that reached No. 1 on the R&B charts, and she went on Live to chat with fans. She was asked if she would collaborate with NBA YoungBoy, and while she’s open to it, she made some admissions, as well. “I feel like I can do something like that lowkey,” said Queen. “I feel like I could lowkey do something like that.”

“I feel like it would be super dope, be on the hook, him doing his melodic singing or rapping,” she added. “But, I’m not gon’ lie to y’all. I’m lowkey a little bit scared of NBA YoungBoy.” Her son interrupted her thoughts but after speaking with him, Queen Naija returned. “I’m lowkey scared. I don’t know why. I wonder if he’s approachable,” she added with a laugh. “I would love to.” Watch her speak about it below.