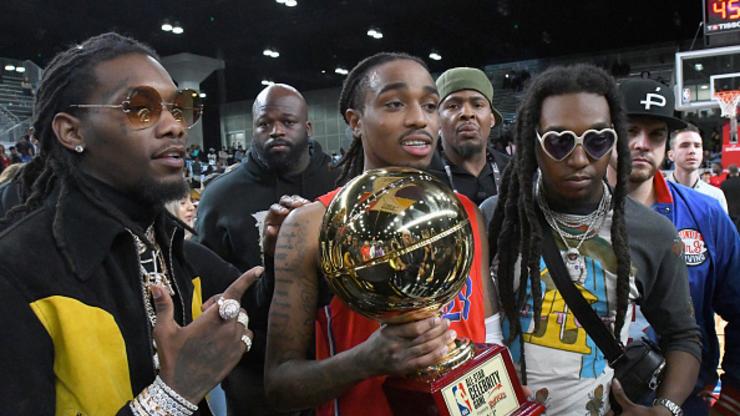 Quavo shares in-hand look at Kanye’s Yeezy Basketball sneaker, which he plans to debut during the All Star Celebrity Game.

Quavo will be among the most notable names competing in the 2020 NBA All Star Celebrity Game on Friday night, and he has plenty footwear options in the stash for his pursuit another MVP award. Among the sneakers we’ll see on Quavo’s feet is Kanye West‘s Yeezy Basketball sneaker, which will reportedly hit retailers for the first time during All Star weekend.

Ahead tonight’s Celebrity Game, Quavo took to instagram to give his followers an in-hand look at the Yeezy Basketball kicks he’ll debut on the court.

According to sneaker source Yeezy Mafia, there are actually two versions the Yeezy Basketball Quantum dropping this weekend, including the performance style that Quavo plans to wear and a more lifestyle iteration. Overall, the designs are very similar with the biggest difference being the translucent, plastic cage and lack 3M detailing seen on the performance pair. Both are expected to retail for $250.

The 2020 NBA All Star Celebrity Game will take place tonight, February 14 at Wintrust Arena in Chicago, Illinois. You can catch the action on ESPN starting at 7pm ET.