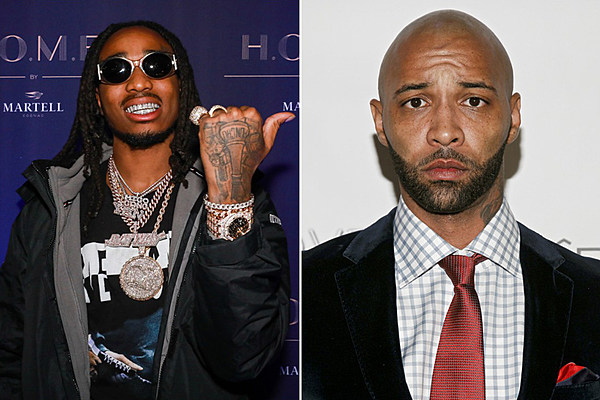 The beef between Migos and Joe Budden appears to be over, but Quavo still has a lot to say about the New Jersey rapper.

During an interview with Rolling Stone, Quavo insists he never had a problem with Budden and says it's always been, "Fuck him." The "Ice Tray" rapper added, "It's no disrespect when I say, 'Fuck him.' It's not like, 'Fuck him when I see him, let's fuck him up.' It's like a 'Fuck him, I'm not bothering him, he ain't bothering me' type fuck."

But while Quavo isn't bothered by Budden, the rapper does have a problem with the things he says. "He's just a man with bullshit opinions to piss the artists f," he said. "And on top that, he used to be an artist, so he knows what to say to piss us f."

Following the release Quavo's "Ice Tray" diss, Budden has remained pretty quiet about the feud but responded to Rolling Stone by saying, "I love Lord Quavious." The rapper also tweeted, "Lord Quavious is my guy."

In related Migos news, the trio recently revealed the list producers who worked on their upcoming Culture II album. Contributing to the project are Metro Boomin, Zaytoven, Pharrell, Cardo, Murda Beats, Cassius Jay and more. Mike Dean also produced a song on the album with additional production from Kanye West.