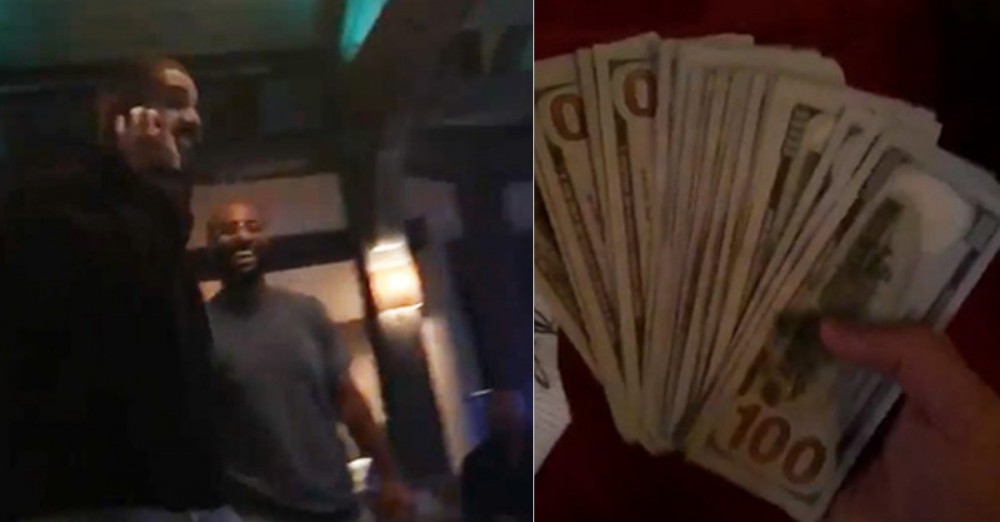 Drake was over the moon after Alabama’s victory in the NCAA football national championship. Not so much because he’s a big ‘Bama fan: The Toronto-based rapper seemed to be celebrating a personal win against Migos’ Quavo and fellow Georgia rapper 2Chainz.

In a video posted by Drake during a championship watch party, we see Drake as the final seconds the game tick down and his bank account ticks up. Apparently he had a serious bet with Atlanta rapper Quavo, who is known to be a die-hard Georgia Bulldogs fan. Also in attendance was 2Chainz, who didn’t look all that happy that Drake just won “Back to Back” bets on him and Quavo.

“Oh yeah! Excuse me, I gotta move here, excuse me. I need my chips! Quavo, I need all my chips with the Huncho Jack dip my boy! Wassup!” Exclaimed the Views rapper as he was presumably on the phone with Quavo immediately after the big win. Quavo was in attendance at the game, so it’s not quite clear if he was able to answer his phone or if Drake was leaving a message.