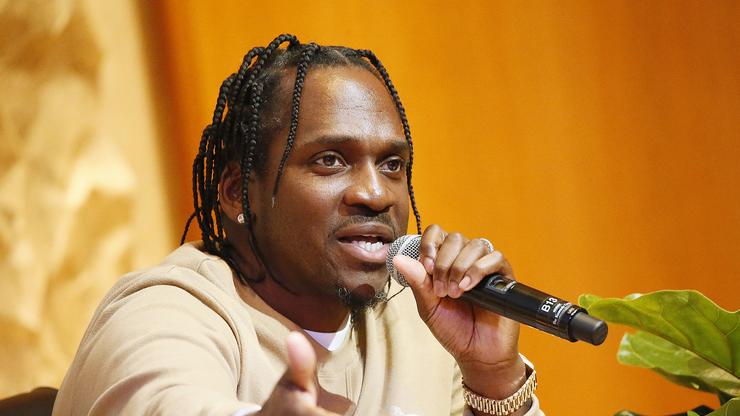 Pusha T says he doesn’t have any issue with Eminem.

Pusha T says that there is no beef between himself and Eminem after fans misinterpreted lyrics from his new album, It’s Almost Dry. Push downplayed rumors that he dissed the legendary rapper during a new interview on The Morning Hustle.

When asked which rappers he could’ve “killed lyrically,” had there ever been a battle between them, he refused to answer.

“I can’t. Listen, I don’t even want to put the energy out there,” he told the hosts.

As for who he’d refuse to ever beef with, he explained: “I saw just recently on Twitter people saying myself and Eminem. I’m like, bro! It was a misinterpretation of something I don’t even remember. Something I said or whatever. But you know, people decode, and they have their own thing.”

“And I was like, ‘Nah, man! Em is somebody that I respect,” he continued. “He’s one of them people that I really like what he does because, after all of his success, I can still find Lyricist Lounge Eminem. That’s a goal for me, personally.”

Eminem wasn’t the only rapper Push refused to the diss on It’s Almost Dry. He also recently explained why he didn’t include any shots at Drake on the project, saying that the beef “was such a dated thing to me.”

“I’ma be honest with you… Listen, you know I be centred around drama… Whether it be the Drake stuff or whatever, it’s whatever with me,” Push told Power 106 Los Angeles, earlier this week. “Like, I don’t run from it, I don’t hide from it. Whatever. I specifically didn’t put that energy on this album, because it’s like, the album was going so good and that was such a dated thing to me. That was 2018!”

Check out Pusha T‘s interview with The Morning Hustle below.