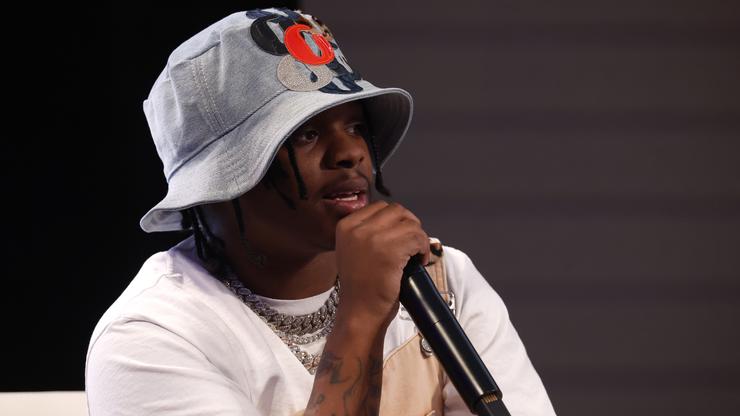 The artist allegedly filed documents that claimed he was immune to federal laws.

On May 5, it was revealed that rapper, 42 Dugg, had been arrested by federal agents for failing to surrender. In 2020, the artist was apprehended for having an illegal firearm. After going to trial for the crime, 42 Dugg, born Dion Hayes, was let off with three years of probation.

However, after violating his probation numerous times, the judge ordered him to serve a six-month sentence. The Michigan native was supposed to arrive at a West Virginia prison on April 12 but failed to show. This led to agents tracking his cell phone and capturing the CMG artist in Detroit.

Now, prosecutors have shared details about the ongoing case. In a court hearing, they detailed the manhunt and explained why they believed 42 Dugg was a flight risk.

Assistant U.S. Attorney Barbara Lanning stated, “When he was arrested he had $25,000 in cash and more than $100,000 in jewelry.” She also argued that the rapper’s airplane did not have an assigned number and that his real name was not included on the flight’s passenger manifest– which was “not an accident,” according to her.

Steve Scharg, 42 Dugg’s lawyer, claimed that his client did not surrender because he thought he didn’t have to turn himself in while the case was still pending. Regardless of that, though, prosecutors argued that in April, the artist filed a court document claiming that he was a sovereign citizen and immune to federal laws.

According to Casey Swanson, his lawyer provided by the court, Dugg did not file the letter mentioned. She also stated, “Mr. Hayes did not flee. He did not intentionally avoid a sentence in this case.”

42 Dugg is still in custody and waiting to be sentenced.