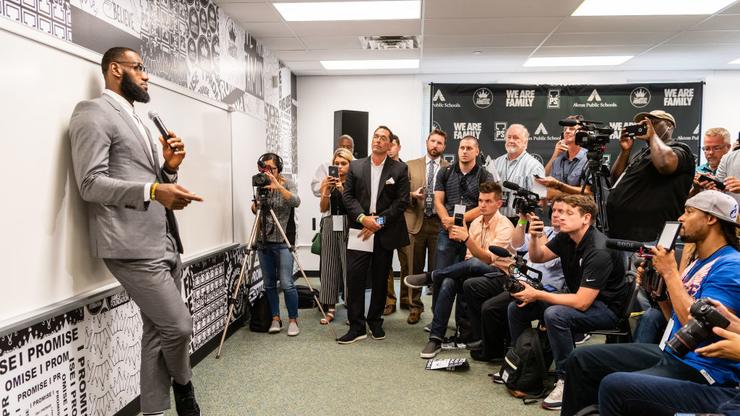 Brandi Davis reportedly left the child with a busted lip.

Back in 2018, LeBron James opened the I Promise school in Akron, Ohio, where he hoped to give disadvantaged kids a great education that they could be proud of. The school turned out to be a huge success in the community as it helped improve test scores, all while bringing joy to those who have forgotten about in the education system.

While the school continues to make big strides, it reached a little setback recently as it was revealed by the Akron Beacon Journal that the school’s first ever principal, Brandi Davis, smacked a student in the face after they used some profanity. According to the child’s mother, they actually had a busted lip from the incident.

Davis ended up giving in her resignation letter following the incident, although her request to be dismissed still has to be voted on. In the aftermath of this story, the school sent out a statement where they noted that the well-being of their students is a top priority.

“We are family, and that means we support every one of our I PROMISE educators, students, and family members through anything they may be going through,” the statement reads. “In this and in every case, we will always do everything we can to make sure all are loved and supported during these times as we learn and grow as a family.”

This is a developing story, so stay tuned to HNHH for all of the latest updates.