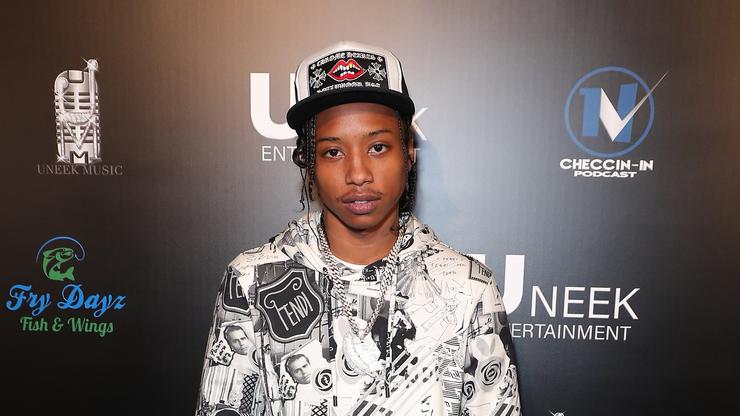 The Canadian rapper went viral after tweeting, “Mtfs dont even know what island they from they just BLACK like the color.”

He isn’t an artist that usually creates controversy on social media, but two tweets fired off by Pressa this week found the rapper on the receiving end of angry messages. Pressa has made headlines over his romance with fellow rapper Coi Leray, but after tweeting about the lack of culture for Black Americans, he was hit with thousands of responses across several platforms.

“Americans got no culture their biggest culture is Hip Hop mtfs dont even know what island they from they just BLACK like the color [black square emoji][crying laughing emoji],” the Canadian rapper tweeted. “N*ggas be like im BLACK no n*gga u built like a mtf Nigerian [black square emoji][black circle emoji].”

This did not sit well with Black Americans as they felt mocked and criticized for not knowing their ancestry. The majority of Black Americans’ family histories are tied to the Transatlantic Slave Trade, so social media uses were quick to attack Pressa over his comments.

The tweets were later deleted and Pressa returned with a follow-up. He didn’t address his specific remarks about Black Americans, but he did offer an explanation of why he mentioned Nigerians.

“My best friends are from Nigeria [Nigerian flag] it was a example,” he wrote. This brief message was met with criticism a well. Check it out below.