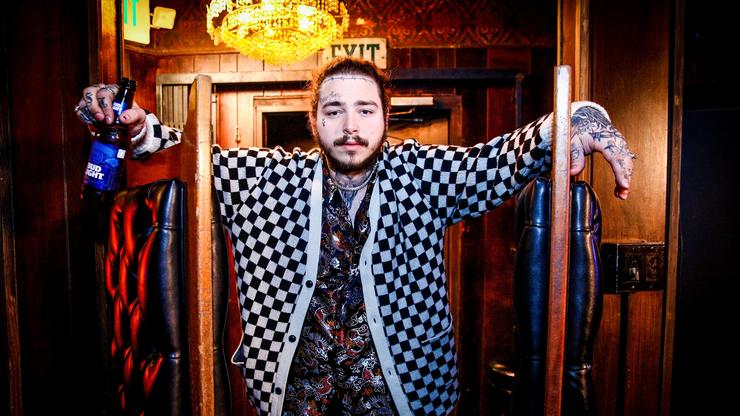 Post Malone’s forthcoming single is getting the Lyrical Lemonade treatment, and he brought out some of Hip-Hop’s biggest stars for the video.

Post Malone has remained pretty active over the past year despite not really dropping any new music of his own. From collaborations with Justin Bieber and Ozzy Osbourne to Saweetie and Big Sean, fans have been treated to plenty of features from the beerbongs & bentleys artist over the past several months. Now, however, Post is literally getting back in the driver’s seat with the imminent release of his new single “Motley Crew,” which will arrive on Friday alongside a Lyrical Lemonade music video.

The Hollywood’s Bleeding artist recently shared a teaser clip from the Cole Bennett-directed visuals to his Instagram, and apparently, the music video will have a heavy NASCAR theme. Check it out below.

In addition to the vast assortment of fast cars featured in the “Motley Crew” video, it appears that Post and Cole Bennett have assembled a motley crew of their own, with some of the biggest stars and rising acts in Hip-Hop. In the short clip posted to Post Malone‘s Instagram, viewers can see familiar faces such as Tyga, Big Sean, and French Montanna flash across the screen, and surprisingly, bubbling Canadian artist Pressa even makes a brief cameo in the video.

Be on the lookout for Post Malone’s forthcoming single “Motley Crew” when it drops this Friday alongside its Cole Bennett-directed music video.