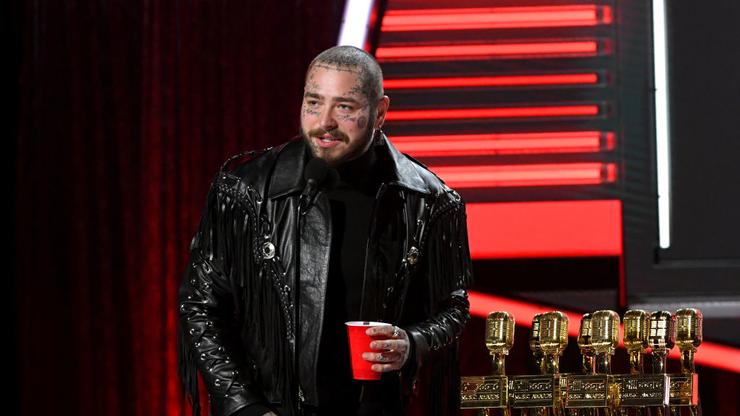 Post Malone has received his latest diamond plaque for “Sunflower” with Swae Lee.

A few years ago, going diamond didn’t appear to be in the cards for Post Malone. As we near the end of 2020, he’s accomplished that feat on three separate occasions.

Nobody could have predicted the tremendous success of the “White Iverson” rapper, who blew up on SoundCloud. Today, he’s one of the biggest artists on the planet, having released a number of extremely high-ranking albums and singles.

It doesn’t happen often these days that an artist will be certified 10 times platinum. Post Malone has now achieved that rare feat three times with “Congratulations”, “Rockstar”, and “Sunflower”.

“Sunflower” is the latest record to be certified diamond by the RIAA. Post’s manager, Dre London, said:

“I’m so proud of you @postmalone on your 3rd diamond Platinum Plaque! We’ve come so far staying on the right train our lane keeping focus like a camera lens! Set your goals high & don’t stop till you get there! The path from dreams to success really exists! #DreVision congrats @swaelee.”

He’s bound to hang up even more plaques as he gears up to release new music. Congrats to Post and Swae Lee!

Post Malone has been quiet all year, teasing the release of his next studio album. Despite a lull in the release of new music, he had a huge night at the Billboard Music Awards, taking home nine total awards.