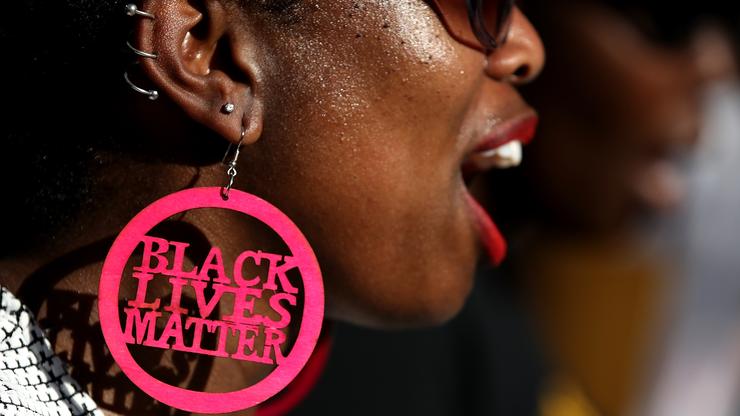 Federal ficers with no identification and unmarked cars have been arresting Black Lives Matter protesters in Portland.

According to Oregon Public Broadcasting, federal ficers with no identification have been arresting Black Lives Matter protesters in Portland since around July 14.

The ficers, dressed in camouflage, have reportedly been driving in unmarked non-government rental vehicles.

These federal ficer’s most likely arrived as an answer to Donald Trump’s call to squash the protests near the federal courthouse and Multnomah County Justice Center.

Earlier this week, Portland Mayor Ted Wheeler told the federal law enforcement ficers that the city does “not need or want their help.”

At least 13 individuals have been charged with crimes related to the demonstrations. On July 11, One protestor was hospitalized with skull fractures after a federal ficer shot him in the face using a “less lethal” round.

The federal ficers were allegedly sent to Portland from the U.S. Marshals Special Operations Group and Customs and Border Protection’s BORTAC to protect federal property, but some arrests have taken place great distances from the vicinity.

“This political theater from President Trump has nothing to do with public safety,” said Oregon Governor Kate Brown. “The president is failing to lead this nation. Now he is deploying federal ficers to patrol the streets Portland in a blatant abuse power by the federal government.”

After landing in Portland on Thursday, acting Secretary Homeland Security Chad Wolf has refused both Governor Brown and Mayor Wheeler’s requests to withdraw security forces from the city.

“I told acting Secretary Wolf that the federal government should remove all federal ficers from our streets,” said Brown. “His response showed me he is on a mission to provoke confrontation for political purposes. He is putting both Oregonians and local law enforcement ficers in harm’s way. This, coming from the same president who used tear gas to clear out peaceful protesters in Washington, D.C., to engineer a photo opportunity. … Trump is looking for a confrontation in Oregon in the hopes winning political points in Ohio or Iowa.”