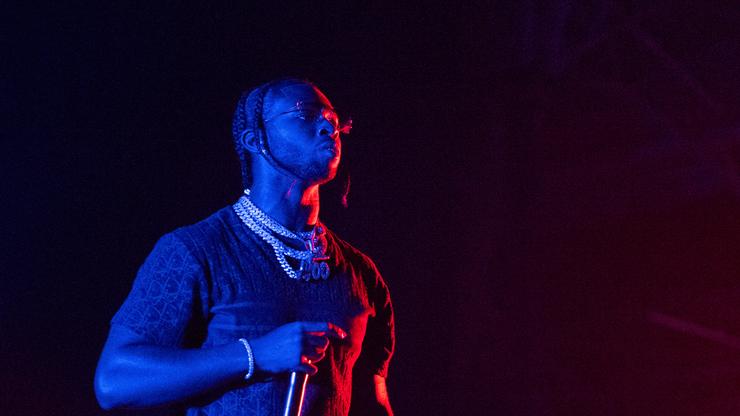 People weren’t feeling the album cover for Pop Smoke‘s posthumous release. 50 Cent has been teasing this project for months, and fans have been awaiting the record that will show what the slain rapper was working on at the time his death. Pop Smoke was callously murdered in what’s been said to be a home invasion in Los Angeles earlier this year, and since that time, his team has been working diligently to create a project that the late rapper would be proud . On Monday (June 29), the cover art for Shoot for the Stars, Aim for the Moon was revealed, and it was created by Virgil Abloh.

Fans were quick to take to social media, sharing that they weren’t thrilled about the artwork. The complaints came in droves, so Steven Victor announced on his Instagram page that they would be changing the art ahead the record’s Friday (July 3) release. “As pop’s label & as his friends/family, it is our obligation to bring his vision to life  he wanted virgil to lead creative,  we fulfilled his wishes  however, unfortunately, he’s not here to give his final approval  his fans, are.”

Steven continued, “You know why you love pop  your voices are loud and clear  he loved his fans and listened to his fans  pop and we at victor victor h e a r d you l o u d and clear – changes will be made see you July 3rd 2020.” Check out the post below along with a few reactions about Virgil Abloh’s Pop Smoke artwork. You can read through the tracklist here.