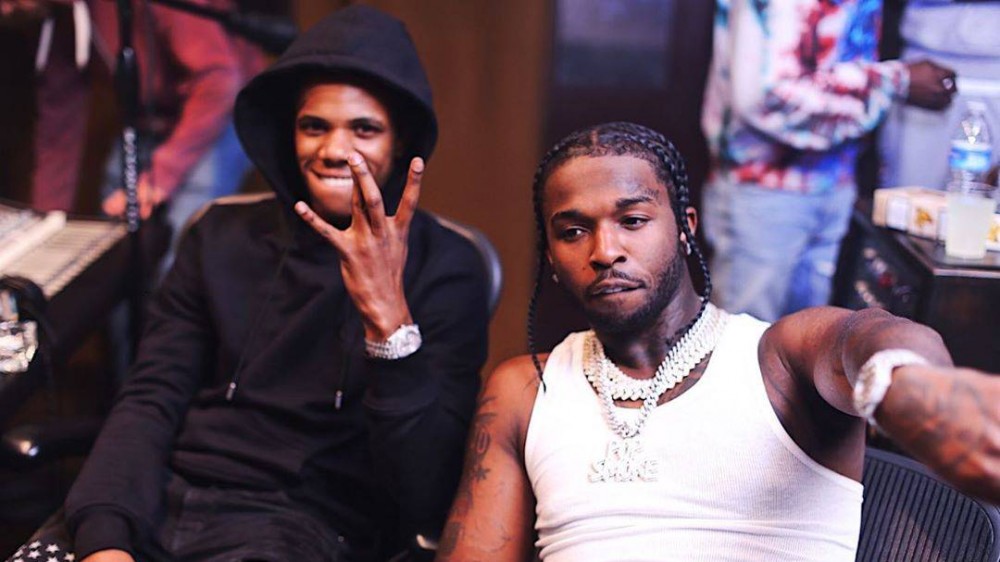 A deluxe version Pop Smoke’s posthumous album Shoot For The Stars Aim For The Moon was released on Monday (July 20), less than three weeks after the original dropped.

Notably, the song “Paranoia” appears on the project, which thrown into the spotlight during a war words between Thugger and Pusha T on social media. Thug was upset the Clipse MC used the opportunity to diss his longtime rival Drake.

“I don’t respect the Pusha T verse on the song with me and Gunna cause I don’t have nun to do with y’all beef,” Thug said.

Pusha then responded to Thug and requested to be removed from the track following their disagreement.

“Aye @youngthug couple things: Don’t feel bad. NOBODY knew what the verse was abt. 1. The label heads that stopped it didn’t even know. They ONLY ASSUME because HE TOLD them! The same way HE TOLD abt the Ross ‘Maybach 6’ verse. And if HE’LL TELL record executives abt rap verses, God only knows what else HE’LL TELL! I don’t deal in Police Work, Police Rappers or Police Niggas!!

“2. @youngthug you were the last verse added to the song and that’s ONLY because I requested YOU!! 3. And most important @youngthug, just so we are clear…I would NEVER look or need YOUR respect for what it is I bring to this rap game!!”

Young Thug and Pusha T are reportedly beefin over an unreleased track where Push continues to diss Drake 👀 pic.twitter.com/iUDi2pZrMp

The original 19-track version  Shoot For The Stars debuted at No. 1 on the Billboard 200 chart with roughly 251,000 total album equivalent units sold in its first week.

With features from 50 Cent, Quavo, Lil Baby, DaBaby, Roddy Ricch and more, the album put Pop alongside The Notorious B.I.G., 2Pac and XXXTENTACION as the only Hip Hop artists in history to posthumously hit the No. 1 spot.