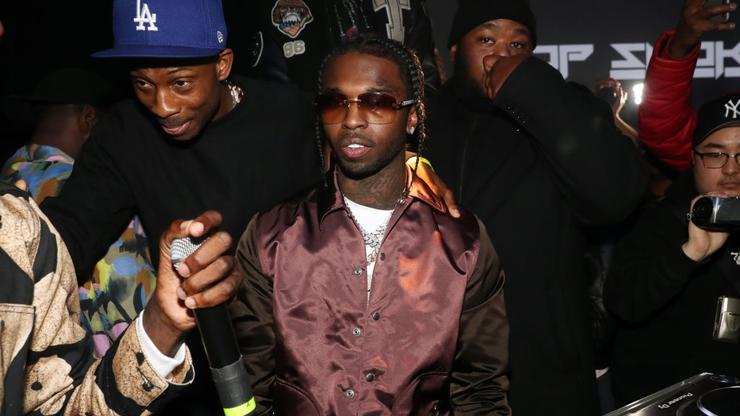 Pop Smoke’s label reportedly offered an independent journalist $1 to use their interview with the rapper on his posthumous album.

The outro on Pop Smoke‘s posthumous debut studio album Shoot For The Stars, Aim For The Moon contains a recording of an interview with the rapper but, apparently, the journalist who conducted the conversation did not sign off on the use of her voice for profit. It’s coming back to bite Pop’s estate as Victoria Inoyo has officially filed a lawsuit against his label for using her Rolling Loud interview on the album without her permission after she initially turned down a $1 offer.

According to AllHipHop, Inoyo was contacted by Pop Smoke’s team at Victor Victor Worldwide to ask for permission to use her December 2019 interview with the rapper on the album. She was reportedly offered $1 (yes, one whole dollar) to use the interview, which she turned down with the intention to renegotiate. Negotiations reportedly fell through between her lawyers and Victor Victor. Because they never reached a deal, Inoyo was surprised to hear her interview on the album’s final cut and she’s suing as a result.

Inoyo claims that 12% of the song, which roughly translates to 16 seconds of “Tunnel Vision”, were illegally stripped from her as she filed for a copyright on the interview at the beginning of this year.

Inoyo is seeking credit as a writer on the album, and a percentage of the royalties.