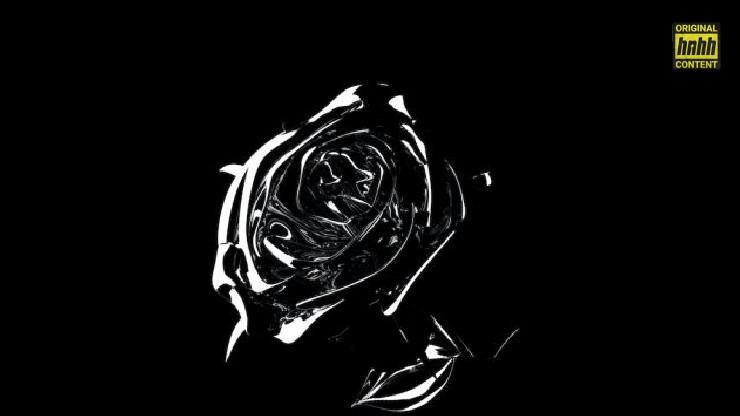 “Shoot For The Stars Aim For The Moon” is a bittersweet celebration Pop Smoke’s life; an album that should have claimed the summer 2020 as his own, and mark the formal welcoming New York’s brightest new star.

New York City’s burgeoning drill scene has carved a defining subculture in the ever-expanding soundscape hip-hop, and Pop Smoke was at the forefront. Everything about Pop Smoke defined what a star is and could be in this era. He was completely distinguishable from his peers; his gruff voice and deadpan delivery carried with charm and charisma, while he loomed large over menacing drill production. He quickly became the new voice New York, and an authentic one at that. Shoot For The Stars Aim For The Moon is a bittersweet celebration his life; an album that should have claimed the summer 2020 as his own, and mark the formal welcoming New York’s brightest new star.

When an up-and-coming artist hits that point where they’ve become fully accessible to a mainstream audience, it is typically indicated by a departure from their original sound or at least, a polished version it. Pop Smoke isn’t entirely different, he did find a pocket to display his versatility within his own niche. He storms in with the 48-second intro, “Bad Bitch From Tokyo” which contrasts the overall sound the album. Less than a minute into the project and we’re introduced to the first three Quavo collaborations. “Aim For A Moon” exemplifies Pop’s ability to reel back on his own intensity — a common practice it seems whenever he’s swapping bars with Quavo — in favor commerciality. But, it’s the moments where Pop’s left to shine on his own that truly stand-out. The trifecta “44 Bulldog,” “Gangsta” and “Yea Yea” delivers a comprehensive look his evolution in his short career: “44 Bulldog” brings it back to the essence the start his career while he continues exploring his vocal capabilities on “Gangsta.” “Yea Yea” shows that he doesn’t need to compromise his M.O. to appeal to a wider audience. 50 Cent’s monotone sing-rap styling is adapted well, though Fif’s overall influence comes out more clearly when Pop Smoke isn’t assisted by others.

That’s possibly one the most disheartening aspects the 50 Cent-executive produced posthumous project. Discussions who Pop would’ve actually wanted on the project were scattered throughout online discussions following the big tracklist reveal. Tyga? TYGA? But in all seriousness, Tyga did have to pull receipts out just to explain that he was on the project at Pop Smoke’s request. That’s not to assume that Pop Smoke wasn’t a fan or that Tyga’s contributions are lackluster but, over the stretch two remarkable mixtapes that have defined what Brooklyn drill sounds like on a large scale, his artistry was most compelling when he was left to his own devices. What’s the use a Tyga feature if you’re the hottest name in rap right now? That same sentiment is deeply entrenched in Shoot For The Stars. “Snitching” with Quavo and Future, though, is easily one the better collaborations. Pop proves that his go-to producers, like 808Melo, aren’t necessary crutches to carry him. Buddha Bless delivers gleaming trap production that’s reminiscent Atlanta circa 2012-2013 and Pop Smoke thrives in an otherwise unfamiliar environment.

The initial cover art done by Virgil Abloh was matched by a hypebeast-derived tracklist with Quavo, Swae Lee, Future, Roddy Ricch, Lil Baby, and DaBaby scattered across 18 tracks. It’s a mail-in selection artists for essentially any major rap album to come out in the past two years. But perhaps more than any other artist to use this formula in the past, it is symbolic what would’ve been Pop Smoke’s formal invitation to hip-hop’s popular table. The execution, however, feels empty without his physical presence. The most effective, and significant collaboration, though, comes from Rowdy Rebel who delivers a verse prison on “Make It Rain.” We’ll never get the Pop Smoke and Bobby Shmurda collaboration but Rowdy Rebel added the GS9 stamp approval on an artist who they ultimately opened the door for.

Roddy Ricch and 50 Cent assisted on “The Woo” — a long-awaited collaboration that Fif began teasing just days after announcing his role on the album. Latin jazz meets the current hip-hop craze acoustic guitar-based production that lets f a vibrant flare summer nights in New York City. Fif’s aged vocals find a way to mesh well with the young artists, even in his transition from rapper to a TV executive. Comparisons to 50 Cent began early in Pop’s rise, stemming from his freestyle over “Not Like Me.” That same verse would later be reused on “Got It On Me” that interpolates and reimagines 50 Cent’s “Many Men” over glorious choral chants atop chaotic drill production. That influence became more clear throughout his short career. Perhaps even more so after Pop started dabbling into melodies. Songs like “Brother Man” and “Element” reminded a new generation 50 Cent’s reign as hip-hop’s king in the 2000s. Pop Smoke captured the sounds New York City in the summer, even beyond the nostalgic odes. Karol G’s contributions to “Enjoy Yourself,” another record bound to soundtrack the summer, returns to the vibrancy Latin music and its influence in New York. It speaks directly to Pop’s roots in Panama, a country that borders Costa Rica and Colombia, where Karol G’s from. As much as hip-hop is rooted in African-American culture, Latin music has also played a role in the evolution New York’s sound.

Shoot For The Stars Aim For The Moon is as cohesive as a posthumous album can be but it leaves you with bittersweet emotions. Rappers ten share similar characteristics to superheroes. As motivational snippets interviews cluttered the timeline on the day the album’s release, we’re reminded this fearlessness that Pop carried with him. But as he puffed his chest like an immortal entity, the eeriness lays in moments where he predicts his demise to a T. “I’m goin’ state to state/ I look my killer in his eyes/ I’m talkin’ face to face,” he raps on the intro track. Even on “West Coast,” a celebratory anthem commemorating his rags-to-riches story, it’s hard not to reflect on February 19th, the day he was pronounced dead after he was fatally shot in a rental home in California. A moment that left us wondering what the trajectory Pop Smoke’s career would look like if it weren’t cut short. Shoot For The Stars, Aim For The Moon will live on as fans, friends, and peers carry his memory and legacy. But we’ll continue to wonder how New York City’s promising star would’ve shaped his own debut album if he were still with us.