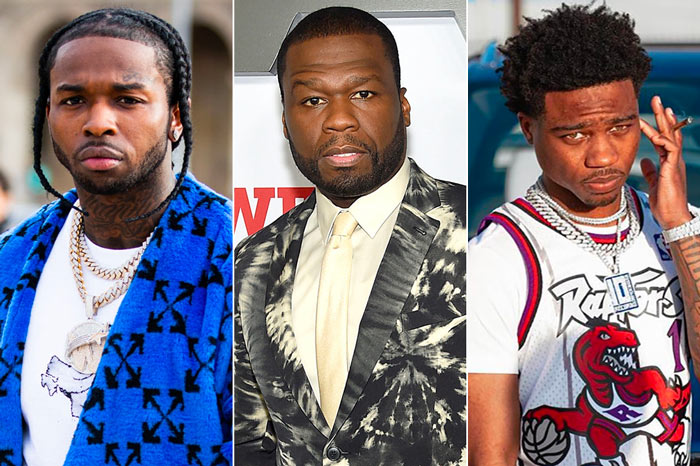 Pop Smoke’s posthumous debut album Shoot for the Stars Aim for the Moon arrives today featuring a collaboration with 50 Cent and Roddy Ricch, who both appear on the standout “The Woo.”

“The Box” rapper brings the summer-ready vibes to the Latin-flavored track, while 50 caters to the ladies on his playful verse. Pop pays homage to one 50’s classic records on his unreleased verse, which previously leaked.

“Let me take you to the ‘Candy Shop,’ show you all I got / I put diamonds on your chain to match your diamond ring,” raps Pop before singing the hook: “She wanna f**k with the Woo.”

Fif and Roddy recently shot a video for the track, which is set to debut soon. In an interview with The New York Times, 50 explained Pop’s recording process. “He would take the records that he really liked, R&B records, rewrite the lyrics, and then use that as a template for how he’s actually singing it, but he would do it with Auto-Tune,” he said.