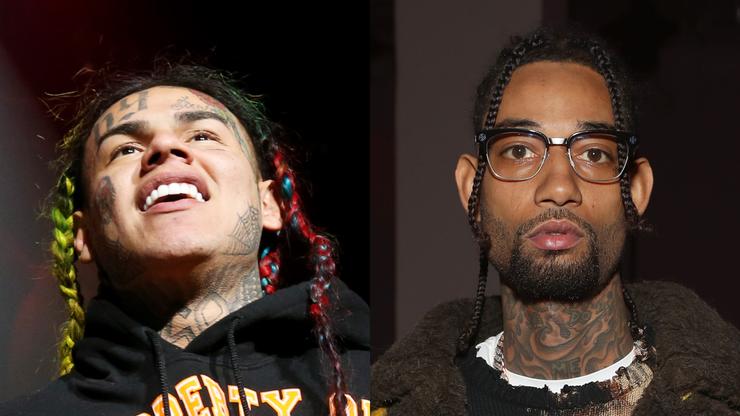 Tekashi 6ix9ine‘s return is as obnoxious as you’d expect it to be. He dropped three new singles in the past month with one them topping the charts after complaining about the music industry being rigged. Following the accomplishment, he began counting down the days until he’s f house arrest.

Ahead that moment, he’s shared a bit an odd flex on Instagram. With hundred dollar bills taped all over his body as he drinks Coca-Cola and 50 Cent‘s “I Get Money” in the background, he flexed a stack cash to remind his haters that he’s not going anywhere. “Ya be like free the real and keep the fake. God answered your prayers,” Tekashi captioned the post. Though a statement like that is only expected him, he’s clearly thriving f the reactions these comments and PnB Rock fell for the bait. Sliding into the comment section Akademiks post, he wrote, “If he get smoked my life will be made no kizzyyy.”

At this point, everyone should be aware that 6ix9ine’s typically monitoring the comment section Akademiks’ post, especially when they pertain to him. He ultimately found PNB Rock’s comment and quickly clapped back, writing, “You fell f the face the earth.” No response from PnB Rock yet but perhaps it’ll stay that way.