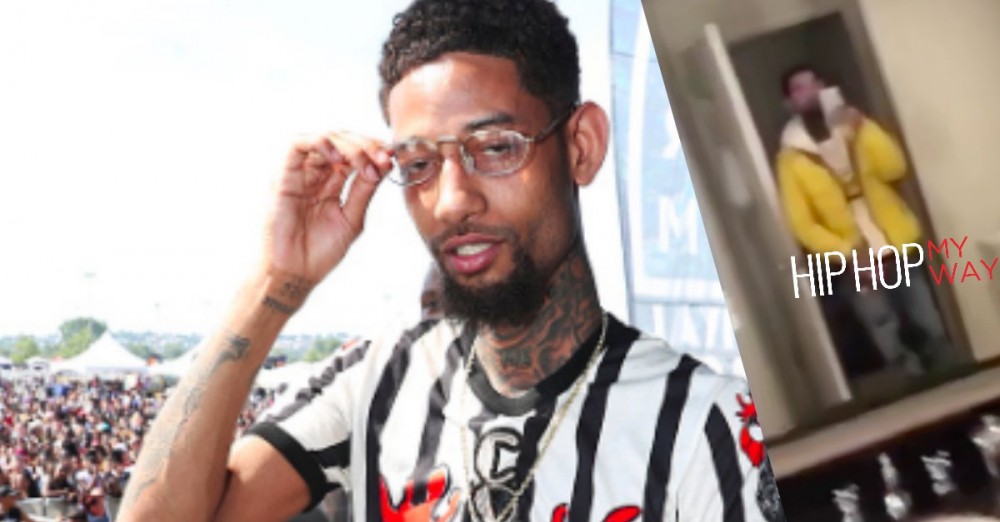 PnB Rock was booted from a hotel recently after the staff caught him smoking weed. However, the “Selfish” rapper wasn’t about to leave without making an entire fool himself, all while ignoring the message every rapper and old hellion who came before him by recording his stupidity!

On the way out the door, the Philadelphia rapper urinated all over the hotel carpet to teach them a lesson. In this case, for this particular hotel, it’s more a reminder. An indelible mental note that blares in bright neon on the inside the eyelids hotel management. “We Have His Credit Card Information,” it says, in its comforting glow.

PnB coated the hallway and a few corners before setting his sights on the bathroom. A bit late in our estimation, but we aren’t semi-famous rappers, so what do we know, really? Since he’d used up all his urine on the hallway, he took to spitting on the bathroom mirror.

He sent the whole thing out over Snapchat, where both he and his friend’s faces are clearly visible trashing this room. Expect to hear more about this story in the very near future once a hotel employee checks The Shade Room on their break.