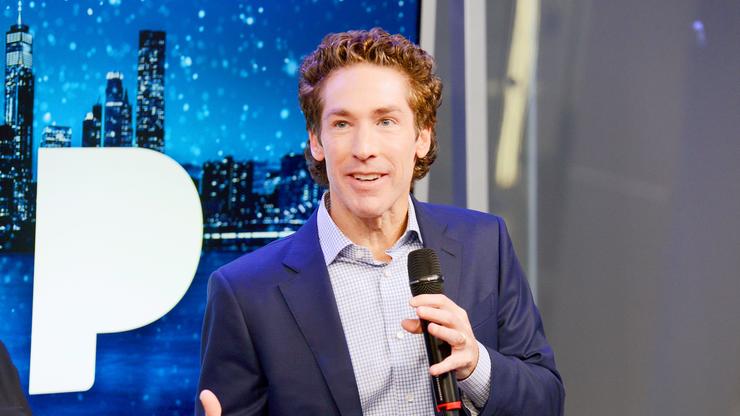 About 500 envelopes stuffed with cash and checks were discovered behind a loose toilet.

Joel Osteen’s church was recently under fire for being a recipient of a $4.4 million PPP (Paycheck Protection Program) loan, to which the church responded with statements of repaying the loan. However, recent developments may find extra cash in the church’s treasury.

A Houston plumber who had been doing repairs at Lakewood Church, where Ye previously spoke alongside the infamous televangelist Osteen, discovered $600,000 behind the insulation of a loose toilet.

The money had been reported stolen in a 2014 heist, when the church claimed that $200,000 in cash and $400,000 in checks were taken from the church safe. The money was never found, despite a $25,000 reward offered by the Crime Stoppers of Houston for any information leading to the arrest of the suspect at the time.

The plumber shared his experience when he called into a Houston radio show, revealing that he discovered the money stuffed into about 500 envelopes, hidden in the walls behind the restroom.

“There was a loose toilet in the wall, and we removed the tile,” he said on 100.3 FM, on “The Morning Bullpen With George Mo and Erik.” “We went to go remove the toilet, and I moved some insulation away and about 500 envelopes fell out of the wall.

Upon discovery, the plumber reported the incident to a maintenance supervisor, and the money was returned to the church. The money was confirmed by Houston authorities to be connected to the 2014 crime.

Upon inspection of the checks found, the police were able to tie the money back to the uncovered case. “Evidence from the recovered checks suggests this November case is connected to a March 9, 2014 theft report of undisclosed amounts of money at the church,” the police said in an official statement.

Despite the $25,000 reward offered years ago, police said that the statute of limitations for the reward has already expired. While there remains a  $5,000 reward, the money is only given if the information offered help in identifying or the arrest of a suspect. George Lindsey, a host of the show, noted that the plumber was frustrated with getting no news from authorities since he found the money on Nov. 10.

“He’s the one who found it,” Lindsey said. “If he never had been doing that work behind that toilet, they would have never known that money was there.”