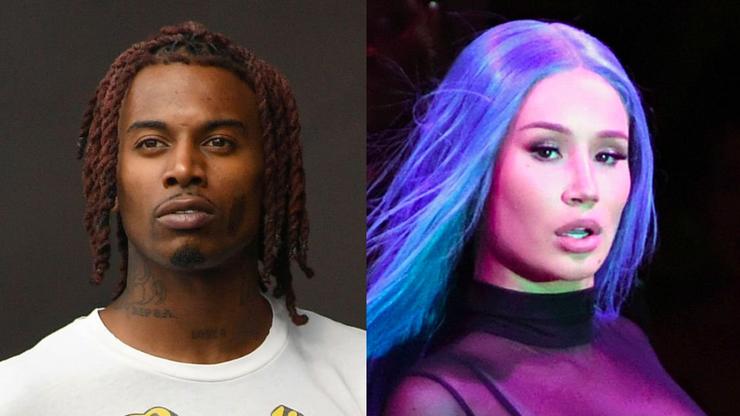 He also talks about loving people for who they are. “I don’t judge nobody. I have gay friends. I have trans friends, you know what I’m saying?”

One of Rap’s more eclectic mainstream artists is Playboi Carti, and his dedicated fanbase clamors for more. Carti’s style has evolved over the years and with each new change, the rapper commands the attention of the masses. His fans are often described as being “cult-like” as they co-sign every move he makes, and in an interview with XXL, Carti speaks about how he doesn’t “give a damn” about what people may think.

“My friends call me Michael Jackson. They like, ‘You are on your Michael Jackson sh*t,'” he said of the reaction to painting his face. Carti was asked if he needed to grow into being comfortable with sharing that side of himself.

“I wouldn’t give a f*ck because it’s like, I love everybody. I don’t judge nobody. I have gay friends. I have trans friends, you know what I’m saying? I done dated…” he added without finishing his thought. Carti also claimed that he can come across as standoffish, and for the rapper, it is a way to keep people at a distance because he has a fear of being judged over how he speaks.

Elsewhere, Carti was asked bout what he is looking forward to and he mentioned his son, Onyx, whom he shares with fellow artist Iggy Azalea. The pair have had some heated moments on social media but they’re in a better space.

“My son. His birthday is coming up in three weeks. I got him a crazy chain, too. He’s going to be a problem,” said Carti. “That’s who you need on the next cover. He’s beautiful. And Iggy, she’s a great mom. I love her to death. I’m single. She’s single now. But that’s one of the best mothers in the world. And that’s what you got to put in the book, you hear me? I love her to death. She is the best mother in the world.”