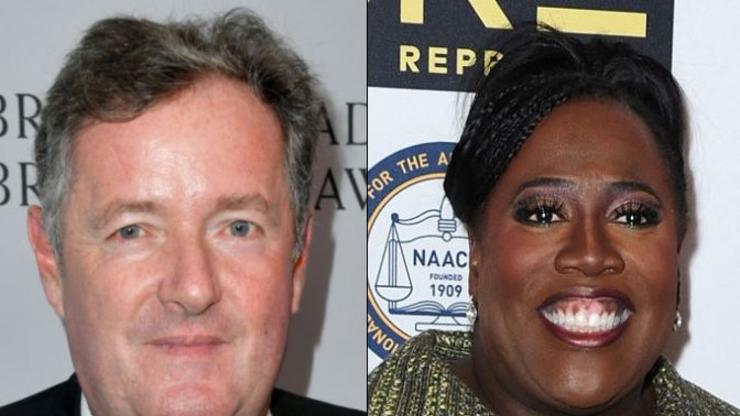 In an effort to defend his friend Sharon Osbourne, Morgan brings up Lopez’s 2017 incident where he kicked a Black woman out of his show.

His attacks against Meghan Markle have been criticized, but that hasn’t kept Piers Morgan from pressing forward. The former Good Morning Britain host hasn’t let up about Markle and it seems that it all stems from a casual meet-up they had years ago. Morgan has publicly stated that he was attracted to Markle but she, instead, met Prince Harry and never spoke to the talk show host again. Most recently, we witnessed Morgan’s friend, Sharon Osbourne, defending him to the point that she yelled at her The Talk co-host Sheryl Underwood. While Underwood was praised for calmly handling the exchange, Osbourne was axed from the show. Morgan is speaking out once again, this time calling Underwood a hyprocrite.

“[Osbourne] was attacked on her own show by her co-host who said that that effectively was her supporting someone who said racist things. And when Sharon got annoyed and said, ‘What did he say that was racist,’ they couldn’t say anything because I never have,” said Morgan. “Now, Sharon’s gone, too. I look at this Cancel Culture, it’s a real thing. This woke mob want to cancel people who do not follow the narrative.”

In contrast, people have taken to social media to contest Morgan’s claims, arguing that consequences aren’t Cancel Culture. “There’s a real hypocrisy at the top as well, involving Sheryl Underwood, because four years ago, it was revealed after Sharon was forced out of her job for defending somebody who hadn’t said racist things, a video emerged of Sheryl Underwood defending George Lopez, the Latino comedian,” Morgan continued.

During the 2017 incident in question, Lopez made a joke at one of his shows that offended a Black woman in the audience, and when she reportedly flipped him off, Lopez went off on her. “You would think that Sheryl Underwood, who is so outraged by people saying racist things, that she even imagines them saying when they haven’t, but when she was confronted with clear evidence on video of her good friend George Lopez saying racist things and abusing a young Black woman who then had to leave a venue, that Sheryl would be outraged, but she wasn’t.”

Check out his rant below.