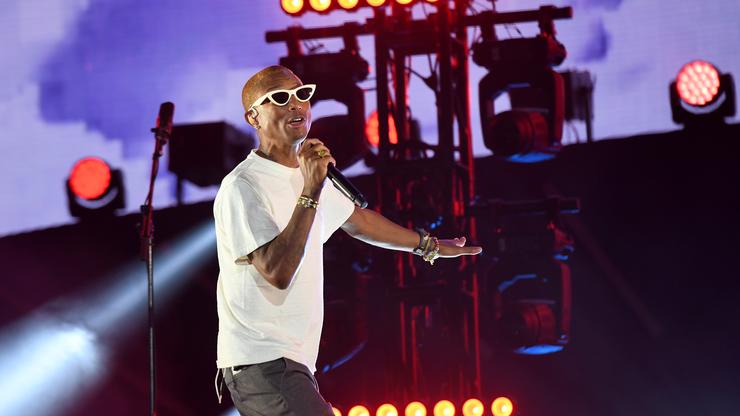 Pharrell distances himself from the arrogance and misogyny his previous lyrics.

Pharrell is known for being incredibly humble. Any compliment regarding his great accomplishments in various disciplines is met by him with a deflection the praise. However, there was a time when Pharrell did not shy away from feeling himself – namely the early days Skateboard P.

In 2006, Pharrell dropped a Gangsta Grillz mixtape, titled In My Mind (The Prequel). P flexed all over the tape, discussing his chains, cars and clothing in great detail. On “Liquid Swords,” he raps:

“Blow a hundred grand on L.V. leather goods
Lift up the doors, open trunk, open hood
Enzo horse power, crank it up and hear the hooves”

Pharrell is the cover star for GQ‘s “New Masculinity” issue and, in the interview, he said that he now feels ashamed that he used to swagger like that. When asked why he bows to everyone, he explained what led to his change in ways:

“And then I met Nigo, and he didn’t say anything. His cars, his houses, his apartments—he was such an incredible collector. His points view. But this guy would not say one word. He just bowed all the time. When I went to Japan, I had never met a more humble culture. I was like, These people are so kind, and they have the best taste. Now, at the time 2006], I was still doing, like, my Gangsta Grillz mixtape. I could never listen to it now, because I was bragging so much. I’m so embarrassed by that. I behaved so obnoxiously. But I didn’t know no better. And Nigo’s way humility, and Tokyo’s way humility, was seeping into my soul. And then the more I humbled myself down, the less I bragged. The less that I felt like I needed to flex. Humility is a skill set. It’s an art form. It’s something you work at.”

In the interview, Pharrell also shared that his Robin Thicke collaboration, “Blurred Lines,” led him to think differently about how he incorporates women in his lyrics. He said:

“And then I realized that there are men who use that same language when taking advantage a woman, and it doesn’t matter that that’s not my behavior. Or the way I think about things. It just matters how it affects women. And I was like, Got it. I get it. Cool. My mind opened up to what was actually being said in the song and how it could make someone feel. Even though it wasn’t the majority, it didn’t matter. I cared what they were feeling too. I realized that we live in a chauvinist culture in our country. Hadn’t realized that. Didn’t realize that some my songs catered to that…”