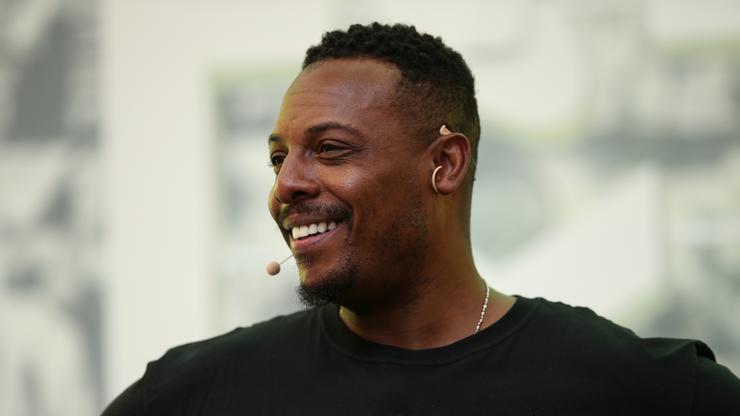 Paul Pierce continues to hate on LeBron James and his accomplishments.

No player has become a bigger hater in retirement than Paul Pierce. Of course, Pierce needed Ray Allen and Kevin Garnett to come to the Boston Celtics to even do anything in the playfs, but for some reason, he still has a vendetta against LeBron James for joining the Miami Heat with Dwyane Wade and Chris Bosh. Pierce, who acts like his Celtics won three-straight, has been launching a full-on assault against LeBron as he looks to discredit him at every turn. In fact, Pierce recently said LeBron wasn’t a top 5 player all time.

Today, Pierce was back to his old ways as he said the Miami Heat underachieved and that one James’ championships was only won because Allen. While some the facts he presented are true, you can’t help but feel that Pierce is obsessed with putting LeBron down.

“The Miami Heat, in my eyes, underachieved,” Pierce said. “That team right there — let’s be honest — when we saw that LeBron was going to Miami with D-Wade and Chris Bosh, did you not think they would run the table? It’s like, that team, nobody can beat them.”

Debates surrounding LeBron James will always exist although when it comes to Pierce, we know that he will always maintain the same hater-like demeanor.