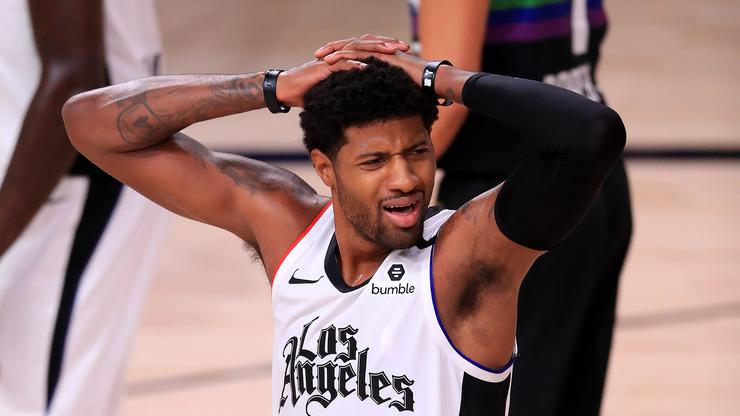 Paul George couldn’t help but make a joke after getting engaged to his girlfriend.

Paul George has been one of the most scrutinized players in the entire NBA over the last few months. It all started during the Los Angeles Clippers’ most recent playoff run as they were ousted by the Denver Nuggets in seven games, despite holding a 3-1 lead in the series. Fans felt as though George’s play was incredibly lackluster and it turns out that his teammates generally felt the same way.

Luckily for George, his offseason has been much more successful as he recently got engaged to his longtime girlfriend Daniela Rajic. In fact, George decided to use his engagement as an opportunity to make fun of himself and his recent string of failures in the postseason.

“Take this walk with me to our 30s where we’ll find love for life! Happy bday my love @danielarajic. Shit just got REAL lol love you ðð #Shegotaringfirst,” George wrote. Of course, the last hashtag is supposed to be the joke here as he has yet to win an NBA championship.

Heading into next season, George and his teammate Kawhi Leonard will certainly be motivated to go out and win a title, especially after the heavy slate of criticism they received following the series against Denver. Regardless, Clippers fans will be hoping this engagement gives George a clearer headspace going into next season.