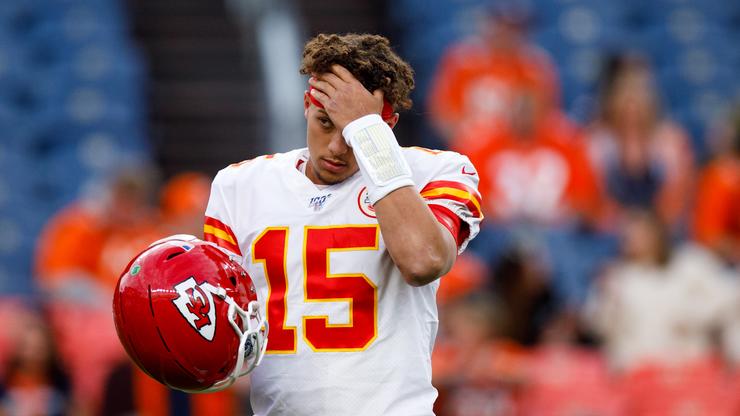 This should be good news for Chiefs fans.

Patrick Mahomes is arguably the best quarterback in the NFL right now in terms both talent and production. He has been doing a phenomenal job with the Kansas City Chiefs and as we head into the middle part the season, the Chiefs will be relying on him so they can make a deep playf run. Unfortunately for the Chiefs, Mahomes went down with a knee injury last night and this morning, he underwent an MRI.

According to the likes Ian Rapoport and Adam Schefter, Mahomes’ MRI came back with overwhelmingly positive results as it was revealed that he suffered a dislocated knee cap. No other damage came from this injury and it seems like he’ll only be missing three weeks before coming back.

While you never want to lose your starting QB for three games, it’s a much better outlook than an entire season which is what some fans were fearful . Now, Mahomes can focus on rehabbing his knee and his ankle which he has had some issues with over the last few weeks.

If you’re a Chiefs fan, this news should be music to your ears. The team currently sits at a record 5-2 and play in one the weaker divisions in the league. If Matt Moore can play marginally well, the Chiefs should be able to maintain first place in the AFC West.