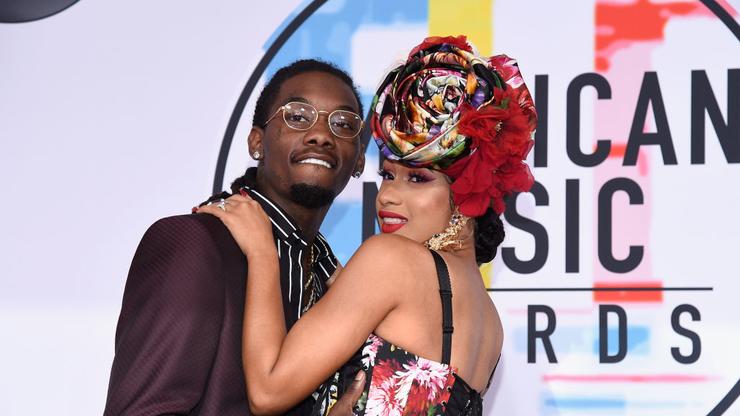 Offset had some fun targeting Cardi B with play bullets on Memorial Day Weekend.

It looks like Cardi B and Offset definitely had a fun Memorial Day Weekend. Earlier in the day, we posted about how they showed f their marriage goals, spending time with family and dancing passionately with one another. What we failed to mention is the fact that there was a full-on war happening throughout the house.

Apparently, the only lovey-dovey moments that took place between Cardi and ‘Set were when they were bopping to some Spanish tunes. For the rest the day, Offset was playing around with a Nerf gun, chasing his wife around the crib.

In a video posted to social media, the rapper can be seen hiding under a comforter in their bedroom before Offset barges in with a Nerf gun, taking aim and invading her privacy.

At another point during the weekend, Cardi B was enjoying some time in the pool with her friends when the rapper pulled up on her from behind with a water gun, spraying her with cold water and ruining her hair (and her evening).

Sometimes, you’ve got to watch out for the people closest to you.

Let us know how you spent the 3-day weekend in the comments. Did you have Nerf wars with family?