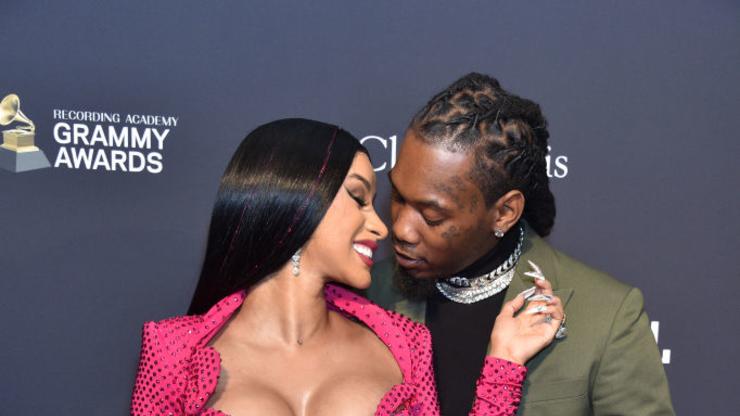 Cardi B shows off a billboard designed for her birthday, thanking a mysterious “Sir” for the gift.

Either there’s already another special somebody in Cardi B‘s life, which she has denied several times, or Offset is trying to win back his baby mama.

The last time Cardi B threatened Offset with divorce, the Migos rapper hopped on stage and interrupted her festival set with a lavish set-up of flowers, which spelled “Take Me Back Cardi”. With no performances due to the pandemic, could this be Offset’s way of trying to win back his estranged wife?

Celebrating her birthday in two days, Cardi B has just shown off an early birthday gift, which is from her two-year-old daughter Kulture Kiari.

“Thank you sir, I love it,” wrote Cardi as her caption, showing off a pink billboard wishing her a happy birthday.

Sir??? Who can that be? While it may be presumptive, Cardi seems to be suggesting that Offset set this all up and, honestly, nobody would be surprised at that. He has gone to extravagant lengths in the past to try and prove himself to her so it’s very likely that this is his doing. Also, it’s impossible that a toddler paid for a billboard to be installed in a prime location in West Hollywood.

Do you think Offset is trying to win her back through this? Happy early birthday, Cardi!