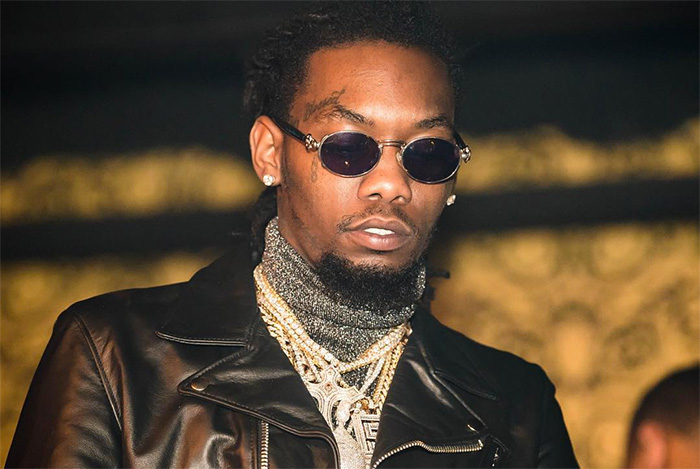 Offset claimed that he could not “vibe with queers” on his recent YFN Lucci collaboration “Boss Life.” Now, the Migos rapper is apologizing over his use the gay slur, claiming that he did not mean to fend members the LGBTQ community.

“I didn’t write the line about gay people,” he wrote in a statement on Instagram. “I have said before since these issues before that I got love for all people. My passion for fashion has lead me to a lot gay people around me who I have mad respect for and we are very cool so I’m not in a place where I’m hating like that.”

He went on to claim that he used the term to mean “strange; odd,” based on one the word’s definitions. “When I wrote that I was thinking words that could rhyme with the others (here, lear, solitaire, bear) and I saw this definition about her having a queer feeling she was being watched,” he added. “It fit what I was thinking about a stalker creepy paparazzi situation. To me that ‘queer’ I don’t mean someone who’s gay. I mean lame people who film you, post it and stalk you. Lingo that means strange or odd.”

This isn’t the first time that Offset has used the slur. In 2015, he also said the word during a freestyle on “Tim Westwood TV.” “We hang out with boss ni**as, don’t hang out with queers / We gon’ make them terrified, we might cut f his ear / Might cut f his neck, we don’t give a fuck / We doing anything for checks.”

This isn’t the first time that Migos has been accused homophobia. In February 2017, Quavo and Offset shared their surprise after many people supported iLoveMakonnen for coming out as gay. “They supported him?” asked Quavo. Offset replied: “That’s because the world is fucked up.”

Shortly after those comments were criticized as insensitive, Migos apologized. “We feel the world is fucked up that people feel like they have to hide and we’re asked to comment on someone’s sexuality,” they wrote in a joint statement. “We have no problem with anyone’s sexual preference. We love all people, gay or straight and we apologize if we fended anyone.”