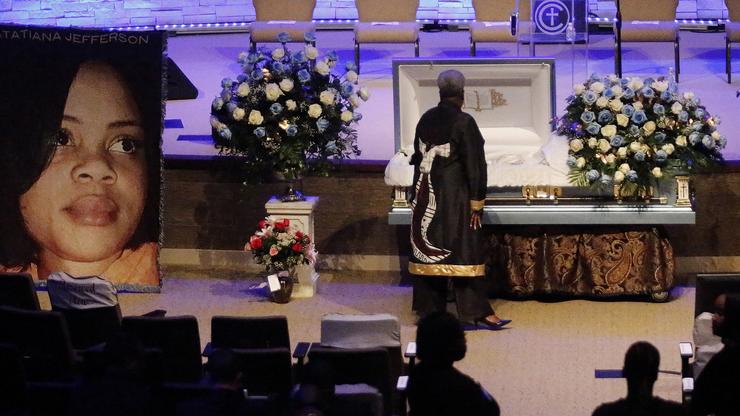 A neighbor reportedly called for a welfare check after seeing Atatiana’s door open. Officer Aaron Dean arrived, saw someone inside, and opened fire.

He was indicted on murder charges back in December 2019 and now the former police officer who shot and killed Atatiana Jefferson has received a trial date. In October 2019, Atatiana was inside of her home in the early morning hours as her eight-year-old nephew was playing video games. The pre-med student did not seem to have any worries, however, one of her neighbors noticed that Atatiana’s door was slightly open.

In turn, the neighbor called the authorities for a welfare check and soon, responding officers descended on the home because they allegedly believed a burglary was in progress. Meanwhile, Atatiana heard people around her home and she believed she was in danger so she retrieved her firearm.

Officer Aaron Dean was reportedly on the scene for just a few minutes before he noticed movement inside of the residence. He opened fire, killing the 28-year-old. The Fort-Worth Star-Telegram now reports that Dean’s trial has been set for January 22. There has been a priority for cases where defendants remain jailed, but the judge, in this case, recognized the urgency to resolve this because it has been pending for two years.

Dean’s trial was supposed to begin today (November 16). Watch a clip from the hearing below.