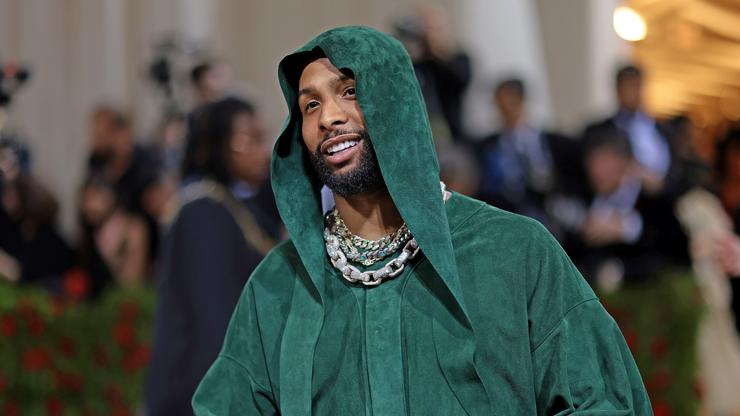 OBJ was looking good at the Met Gala.

Odell Beckham Jr. is easily one of the most fashionable men in the entire NFL. He is always wearing some pretty incredible outfits, and as far as his sneakers are concerned, he clearly knows what he is doing. In fact, OBJ was at the Met Gala last night where he got to show off his stellar fashion sense. As you can see in the photo below, OBJ had himself a grey velvet hoodie that also had a matching bottom half.

As for the rest of the outfit, OBJ decided to bring some ice with him. The man had a massive yet stunning diamond chain around his neck, and it is clear that it cost him a lot of money. In fact, according to TMZ, this piece cost a total of $650,000.

This information comes straight from Gabriel The Jeweler, who made the piece for OBJ. There are plenty of incredible elements to this piece including 300 carats of round diamonds, 200 carats of emerald-cut diamonds, and 2.5 kilos of gold. The stats on this piece are incredibly impressive, and it makes sense that OBJ would want something so spectacular for an event like the Met Gala.

OBJ has been a fixture at the Met Gala over the years, and he will certainly continue to be for years to come. With that in mind, let us know what you think of his look, in the comments below.