J. Cole recently penned a highly personal essay called “The Audacity” for the Derek Jeter publication The Player’s Tribune. As the Dreamville founder reflected on his past, the notoriously private and ten elusive MC opened up about his family, confirming he’s the father two sons.

“Four years have passed,” he wrote. “In that time I’ve been blessed with two sons, learned the delicate art balance between parenthood and career, had the pleasure working with a ton talented artists as a featured rapper, spent 10 magical days recording a Dreamville album in Atlanta, and put a lot time and energy into sharpening my sword and growing as an artist.”

In 2015, Cole quietly married longtime girlfriend Melissa Heholt, which wasn’t widely discovered until Black Panther director Ryan Coolger spilled the beans in 2016 during a live stream with Cole for #MLKNow.

“I never interviewed someone before, my bad,” Coogler said, to which Cole responded, “That was like one thing to not do. But it’s all good…They know now.”

The same rules evidently applied to the birth his children — although he hinted a second child was on the way at the end the Revenge Of the Dreamers III track “Sacrifices.”

“I had nowhere to go, she gave me a place to stay/She gave me her heart to hold/I still got that shit to this day,” he rapped on the song. “She gave me the gift my son/and plus we got one on the way. She gave me a family to love, for that, I can never repay/I’m crying while writing these words, the tears, they feel good on my face.”

While it may not come as a shocking surprise to some, this is one the few times Cole has openly discussed being a father. Cole didn’t even confirm he had his first son until 2018. While speaking to veteran radio personality Angie Martinez, he said his purpose in life was “to be a father and a husband.”

He added, “But I feel like I’ve created a life where my purpose is too much placed in music. When I’m home and I come home, outside like playing with my son, if I go three days without doing music, making a beat, writing a song … I start to feel like, miserable.” 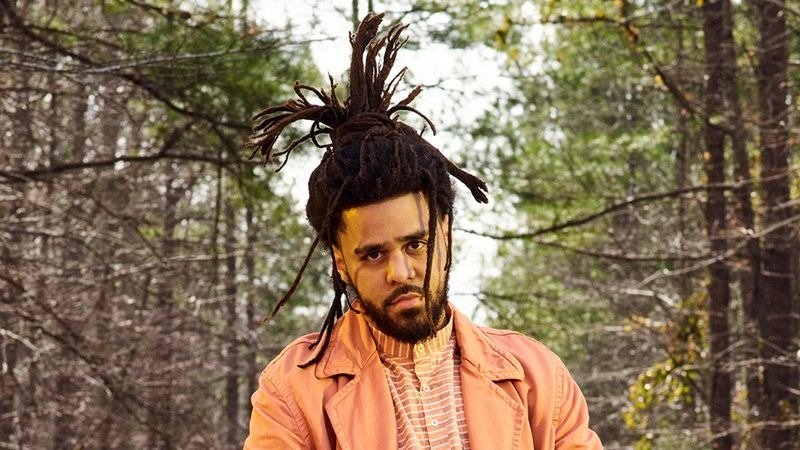 Elsewhere in the essay, Cole admits thoughts retirement are in the back his mind as he inches closer to releasing his follow-up to 2018’s solo album KOD.

“I have a] long-term plan becoming the best rapper I could possibly be before hanging up my jersey, leaving nothing on the table when all was said and done,” he said. “As I approach the summit this mountain, I still find myself staring at that other one in the distance, wondering if I can climb.”

EarthGang rapper Olu recently put Cole fans on notice when he suggested the new album was imminent, but Dreamville Records president Ibrahim Hamad quickly deaded that rumor, tweeting, “Just to clarify, There is no Cole album coming out soon and There is no Cole interview coming up. Y’all be taking these IG live jokes people make too far lol. Usually I would let y’all rock with the rumors but people really been hitting my phone too much about this.”