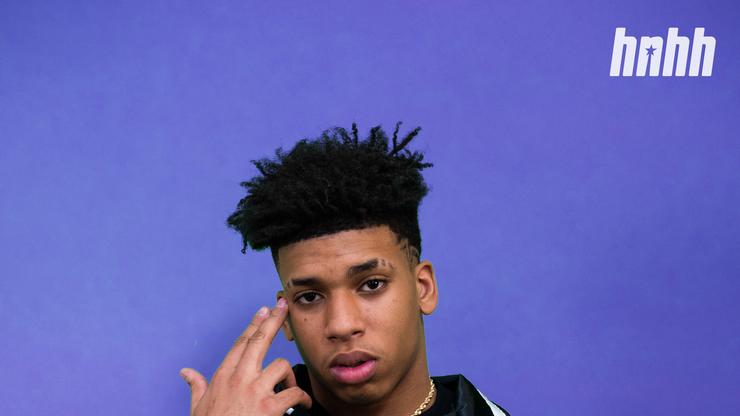 NLE Choppa announces his new project “From Dark To Light” which will include 11 new songs.

NLE Choppa has been on a transformative path, pulling one of the most dramatic 180-degree turns in hip-hop history.

Just a few months ago, the 17-year-old Memphis rapper was rapping almost exclusively about violence, guns, and more. Something switched in him and he realized that he longer wants to promote such themes. Instead, he’s devoting his life to a more purposeful meaning, embarking on a spiritual journey, which he has been detailing on social media.

While some of his takes, including one about a “new Earth” forming, have been a little puzzling, others have convinced fans that he’s actually taking this seriously. He’s been showing off his new vegetable garden and is eliminating fast-food and most meat from his diet, focusing on a plant-based, farm-to-table lifestyle.

It seems as though he’s also sticking to his previous promise to no longer rap about violence, announcing his brand new project From Dark To Light, which will be out on his birthday.

On November 1, NLE Choppa will be releasing his new project and, judging by the cover, it will be his first foray into this new era of music for him. The Top Shotta sits with his legs interlaced in nature, with butterflies around him and a rainbow in the distance. The project will be eleven-songs long, making it a full-length release.

Considering the acclaim his new Top Shotta album is still getting, you can guarantee that a lot of people will be checking out this one next month.