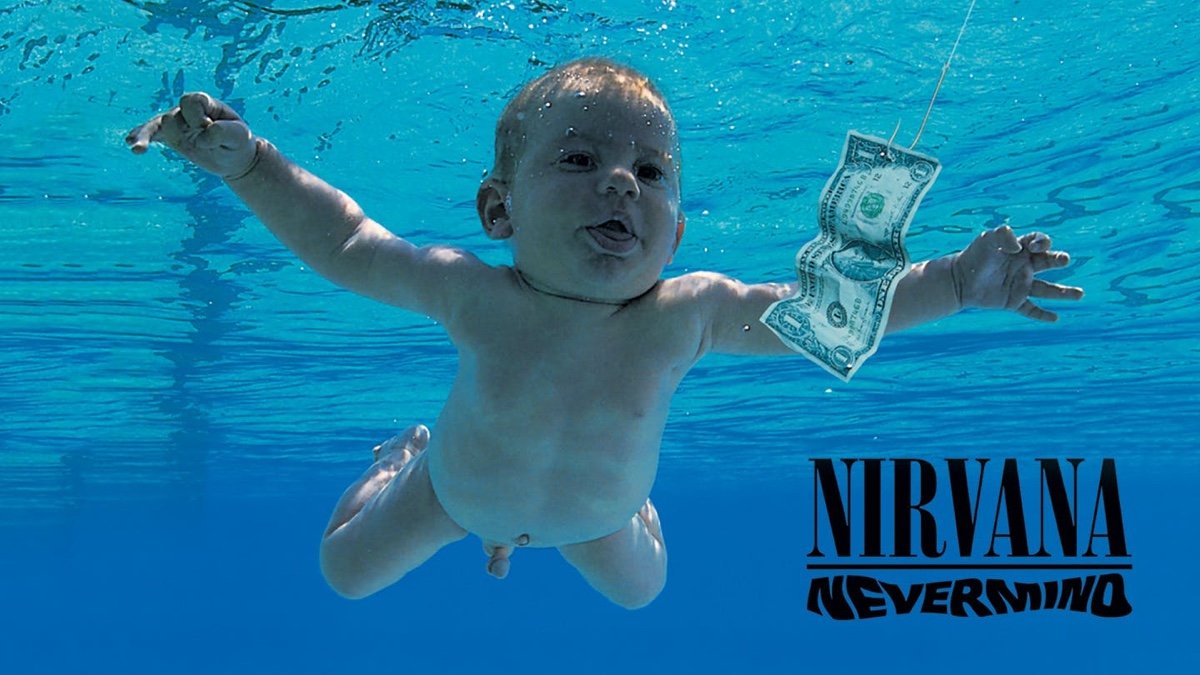 Last week, a federal judge dismissed the Nevermind child-pornography lawsuit filed against Nirvana by Spencer Elden, who appeared on the album’s cover as a baby. Now, the 30-year-old plaintiff and his legal team have submitted an amended complaint.

In the much-publicized original action – levied against the members of Nirvana, the band’s namesake company, Universal Music Group, and others – Spencer Elden claimed that the defendants had “knowingly produced, possessed, and advertised commercial child pornography” with the Nevermind cover.

Consequently, Elden demanded “restitution and disgorgement of all profits and unjust enrichment” from the 31-year-old album, which has sold north of 30 million copies worldwide. But in granting Nirvana’s motion to dismiss, Judge Fernando M. Olguin last week noted that Elden had missed the deadline for formally opposing said motion.

The presiding judge then gave the Nevermind-focused litigant “one last opportunity to amend his complaint,” with this deadline set for today, January 13th. DMN obtained an exclusive copy of the 35-page-long amended filing, which just recently made its way to the court.

Having reduced the number of allegedly violated child-pornography and -exploitation statutes from eight to six, today’s complaint appears to shift away from commercial and music-industry aspects of the defendants’ alleged crimes, still highlighting the details but prioritizing the alleged violations of the aforementioned statutes.

The “parties” section of the latest version of the complaint, unlike previous iterations, discloses that Kurt Cobain’s estate “has a net worth of approximately $450 million or more with annual revenues estimated at $4 million per year from Nirvana album sales.”

And seemingly in response to the defendants’ arguments against the suit – including that the federal child-pornography and sex-trafficking claims are “barred by the applicable statute of limitations” – Elden emphasizes off the bat that the alleged violations are continuing.

“Although the image of Spencer on the Nevermind album cover was created over thirty years ago, during the ten years preceding the filing of this action and since…[the defendants] continued to knowingly possess, transport, reproduce, advertise, promote, present, distribute, provide, and obtain the commercial child pornography on the cover of Nirvana’s Nevermind,” per the complaint.

As evidence of the latter, the plaintiff cites the release of the 30th anniversary editions of Nevermind, “which continues to feature a lascivious exhibition of Spencer’s genitals on the cover,” according to the text.

After that, the updated lawsuit covers additional background information about Nirvana’s formation and the process that led to the Nevermind photoshoot, reiterating once more Kurt Cobain’s alleged “twisted vision” for the image.

“Nevermind is currently considered a climacteric of American music history and is regarded and recognized specifically for the commercial child pornography on its album cover,” the lawsuit likewise indicates when charting the decades-old project’s financial success.

Lastly, the filing alleges that the album cover “constitutes commercial child pornography within the meaning of 18 U.S.C. 2256(8)” and under other statutes and case law. “Where the image is actively traded into the child’s adult life, this harm—and any remedial cause of action under 18 U.S.C. 2255—continues after the minor becomes an adult,” the document reads.

At the time of this piece’s writing, Universal Music Group didn’t appear to have publicly responded to the refiled suit – though given the above-noted Nevermind 30th anniversary editions, the Big Three label and the other defendants don’t appear particularly concerned with the complaint.