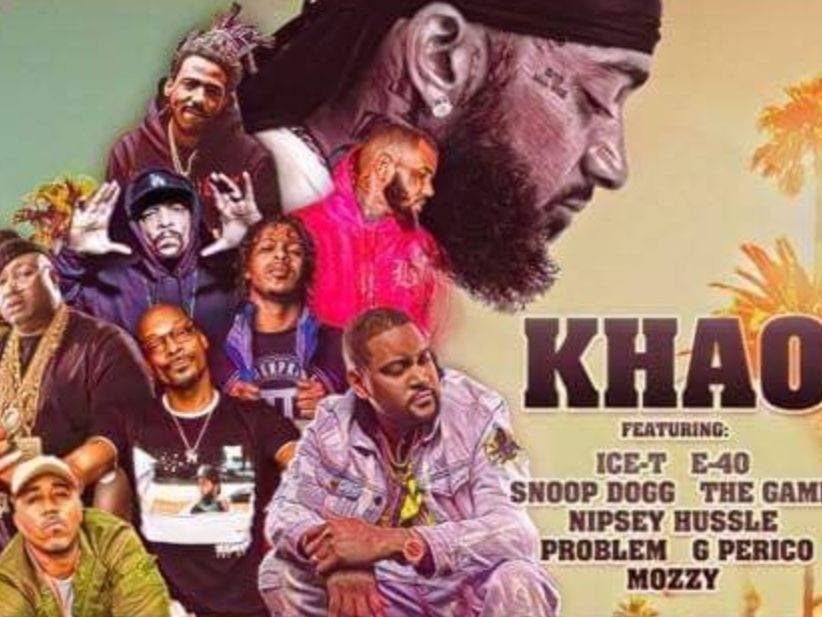 The track also features verses from gangsta rap veteran Ice-T and Nipsey Hussle, who recorded his verse just weeks before his tragic murder, according to Khao.

“Nipsey Hussle and I shared a mutual passion for uplifting inner-city communities,” Khao said in a press release. “That’s why it’s important that his life and legacy live on. We both wanted something truly epic for the West Coast. Not only were we restoring this magical sound – but creating peace in the West Coast community by bringing the ‘Bloods’ and ‘Crips’ together and unifying people through music.”

The powerful tribute to West Coast rap music is evocative the highly collaborative nature the upcoming album, which Khao confirms will showcase more than 60 the top artists in Hip Hop and R&B artists across 13 tracks.

A portion the proceeds from “Unified”  will be donated to the producer’s national nonprit organization “Bridge Da Gap,” which provides “solutions to at-risk youth through music, education and other resources.”

Khao recently established KOOLriculum, an organization that utilizes “a K-12 STEM curriculum that is used in schools across the country and has been proven to increase academic performance.”