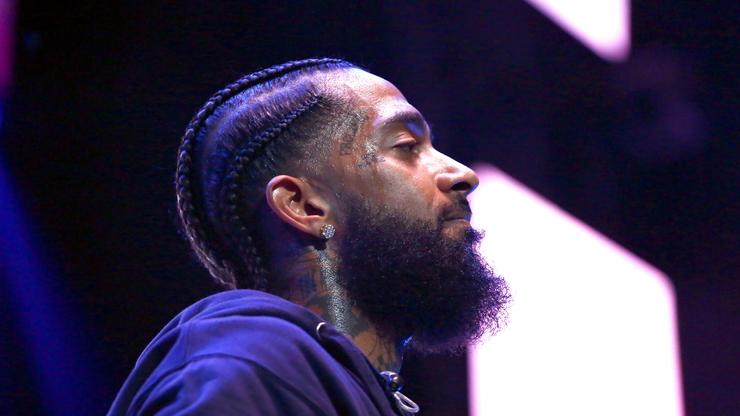 Neighborhood Nip will reportedly be getting his flowers during a tribute at the 2020 GRAMMYs ceremony next weekend.

As the one year anniversary marking the tragic death Nipsey Hussle soon approaches, the Recording Academy decided to get an early start on paying homage to the fallen rap star by reportedly arranging a tribute at the 62nd GRAMMY Awards ceremony going down next weekend.

Based f a Hits Daily Double “Rumor Mill” report, the GRAMMYs are setting up a “major segment” that will honor the life, legacy and music overall an artist that we lost far too soon. While it hasn’t been confirmed just yet, word is that an announcement will be made very soon. The Hits report also included news that Camila Cabello and Tyler, The Creator were added as performers, as confirmed on the Recording Academy’s ficial Instagram page yesterday, so we’re almost certain the news on Nip is accurate as well.

The question whether Nipsey even deserves such an honor has been brought up in the past by some people — we’re looking at you, Wack 100! — especially when considering the GRAMMYs committee only gave him one nomination in a career that spanned over 15 years before he was murdered on March 31, 2019. Nonetheless, the philanthropy that gave him the endearing title  “Neighborhood Nip,” in addition to his grassroots popularity both on the underground and mainstream Hip-Hop scenes alike, are just some examples that prove why an honor this magnitude is more than fitting. May the marathon continue on!

We look forward to seeing Nipsey get his flowers at the 2020 GRAMMY Awards ceremony when it airs on Sunday, January 26 at 8PM ET/5PM PT on CBS. Let us know if you feel the Victory Lap emcee deserves such an honor over in the comments, and watch his music video for “Racks In The Middle” below, which is nominated for “Best Rap Performance” and “Best Rap Song”. He’s also nominated in the “Best Rap/Sung Performance” category for his posthumous collaborative cut “Higher” with DJ Khaled and John Legend: