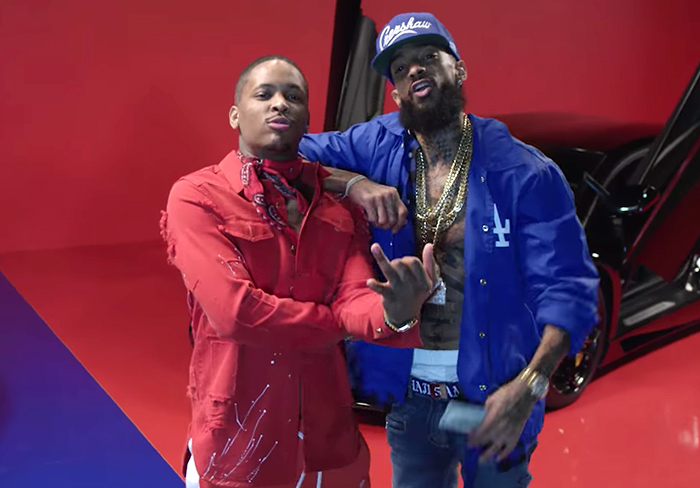 Following “Rap Ni**as” and “Been Down,” Nipsey Hussle reunites with his “Fuck Donald Trump” partner YG for “Last Time That I Checc’d.”

Directed by Sergio, the sleek visual is a ride around Los Angeles with Nip and YG. Police escorts behind him, Hussle rolls around and flexes out the passenger window a white Lamborghini in an unbuttoned Dodgers jersey.

With Nipsey standing in front a blue wall, YG stands beside him in front a red one. Backed by a black Lambo, the 4Hunnid boss stunts on his own haters. “This that ‘I done made it out the gutter’ shit,” he raps. “Nip told you fuck the middle man, I told you fuck a bitch / Fuck wearing they clothes, I wear my own shit.”

“Last Time That I Checc’d” is the latest single f Nipsey’s debut album Victory Lap, which is due Feb. 16.