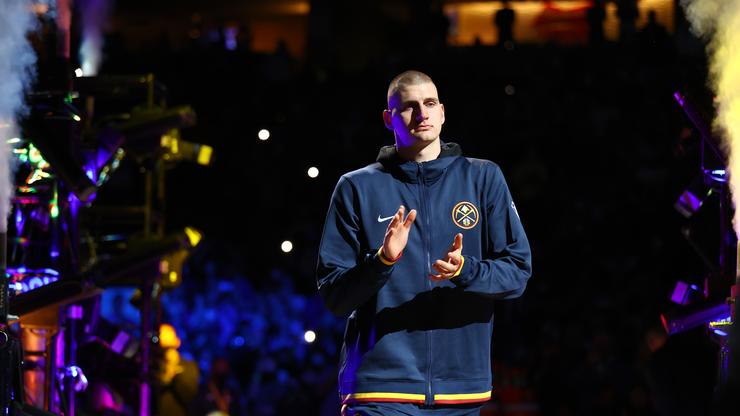 After Marcus dissed Jokic’s hard foul, the Jokic brothers had something to say.

As you have likely caught wind of already, 2021 MVP Nikola Jokic will likely receive a fine or suspension from the NBA for his response to a foul in last night’s (Nov. 8) game between the Denver Nuggets and Miami Heat.

In the middle of the 4th quarter, with the Nuggets leading 111-94, Markieff Morris stopped Jokic in his tracks on a fast-break with a tough foul. Jokic did not respond well to it, charging at Morris and striking him to the ground with his shoulder.

This caused players of both teams to merge in a scuffle and exchange words, as Jokic was soon ejected from the game. Morris had to leave the game on a stretcher, likely due to whiplash from the hit.

Jokic soon regretted his actions, saying: “I don’t know who showed me the clip but [Morris’] head snapped back. I felt really bad.”

But, Heat players did not forgive Jokic as Jimmy Butler pleaded with Jokic to meet him in the tunnel after the game, presumably to fight.

In fact, most of the Heat team actually waited to confront Jokic in the locker room hallway after the game ended to defend their injured teammate.

Along with that, Morris’ twin brother Marcus, of the Los Angeles Clippers, launched a shot at Jokic through Twitter saying: “Waited till bro turned his back smh. NOTED.”

Nikola Jokic’s brothers then decided to return the favor, creating a Twitter account for the first time to respond to Marcus: “You should leave this the way it is instead of publicly threatening our brother!Your brother made a dirty play first . If you want to make a step further be sure we will be waiting for you !! Jokic Brothers.”

Nuggets reporter Mike Singer confirmed this account was run by the Jokic brothers.

The brothers have a documented history of defending Nikola, as they almost started a fight from the crowd during a scuffle between the Nuggets and Suns in last year’s 2021 playoffs.

Markieff later addressed the incident today on Twitter, by saying even though Jokic’s hit was a cheap shot, he still won that round over him: “I love to see the hate! No doubt I took a hard foul which I always do but I’ve never hit a man with his back turned! Luckily we built different over here. I can take my licks and keep pushing. Joker 1 smooth 0 lol.”

Fans were intrigued by the possibility of a Jokic brothers vs. Morris brothers beef, and predicted the outcome of a potential tag-team style fight between the two families.

While Jokic will likely face hefty consequences for his transgressions against Morris, the backlash and response by the players’ families and NBA fans have made this the most intriguing story of the young NBA season.