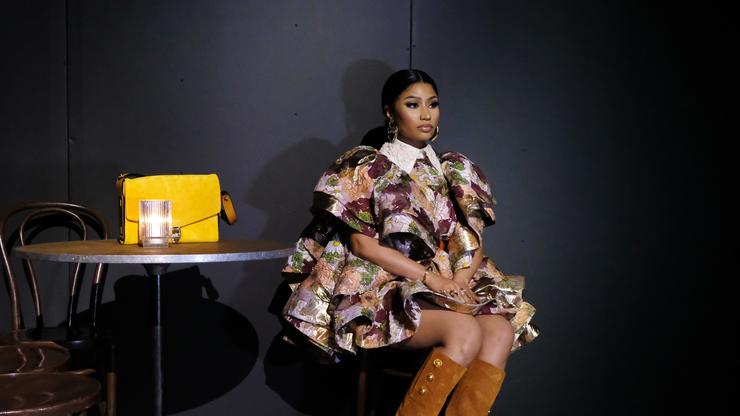 In October, Nicki Minaj was sued for not returning designer clothes borrowed by her ex-stylist, Maher Jridi.

Back in October, Nicki Minaj was sued by an ex-stylist, Maher Jridi, for failing to return designer clothes that he borrowed from a third party company to dress her on several occasions. That company ended up successfully suing Jridi for $74,000, so he is now seeking compensation from Minaj for that fine, as well as for additional damages due to the emotional distress brought on by this whole situation. Minaj defended herself in court by claiming that this issue should have been resolved between Jridi and Wilhelmina, the modeling agency that put them in contact. She also countersued the stylist for having overcharged her $17,000 for his services.

It looks like the court was leaning towards siding with Minaj because new legal documents obtained by The Blast show that Jridi is pleading for the case not to be dismissed. He argues that the rapper’s fame and power is allowing her to evade accountability. Minaj’s celebrity also became a point contention in the suit when she requested for the judge to keep her deposition sealed to prevent Jridi from leaking it or using it against her. However, in December, the judge denied this motion on the grounds that the “defendant has not identified any more specific reason beyond her own (undisputed) celebrity to believe that plaintiff is at risk disseminating the deposition.” Minaj and Jridi have reportedly both been deposed in relation to this lawsuit, but more details than provided above have not been shared with the public.

In other Nicki news, she promoted her new song, “Yikes”, today by twerking to it butt-naked.