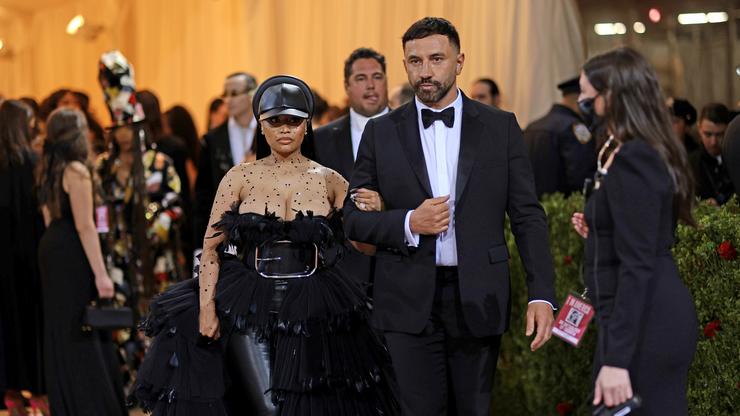 Nicki Minaj says her boobs have “served their purpose.”

Nicki Minaj took to her Instagram Live this morning to talk more about her body, specifically her breasts. The Trinidadian rapper had already shown off her slim waist in an IG post the night prior, saying “Big boobs can be very fkng misleading,” apparently in response to comments about her weight following her appearance at the Met Gala.

The “Bussin” rapper, who prides herself on her physique, elaborated further on her statement during the Live. Nicki starts, “Can you please let these people know how my boobs is mad big and makes me…” she trails off, hinting at her weight.

“If their purpose were to feed the baby. Now the baby is fed. Now technically in the eyes of god, in the eyes of man. I can do whatever I want with my titties,” Nicki continued before referencing a breast reduction. “But, I mean, will people see me differently if I go to an A-cup?” The other person in her Live responds, “I don’t think so. But would you go to an A-cup though?” to which Nicki quickly says, “Yes.” After being asked, “You don’t think that’s too small though?” Nicki responds, “No. No. No.”

As it turns out, the criticism surrounding her look at the Met Gala was actually the result of a wardrobe mishap. Nicki revealed to PageSix, “The only unplanned thing about my look is my boobs popping out, because they made my cup size a little small.”

Check out the clip from Nicki’s IG live below.