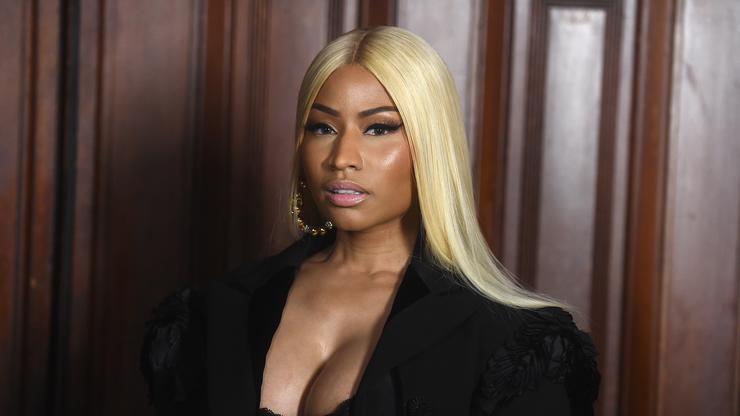 Hip-hop is mourning the loss of PNB Rock, who was fatally shot at a Roscoe’s Waffle House in L.A. on Monday afternoon. Fans and friends have paid tribute and shared their condolences but many have also pinned the blame on his girlfriend, who shared their location while they were eating. However, there hasn’t been any confirmation from authorities that it actually played a role in Rock’s death.

Nicki Minaj hit Twitter to offer her condolences while also sharing a message to other members of the hip-hop community. “After Pop Smoke there’s no way we as rappers or our loved ones are still posting locations to our whereabouts. To show waffles & some fried chicken????! He was such a pleasure to work with. Condolences to his mom & family. This makes me feel so sick. Jesus,” she tweeted.

Nicki’s message was met with a polarizing response. Some agreed with her sentiment, others felt like Nicki was placing the blame on his girlfriend instead of the actual shooter.

Nicki explained that her message wasn’t supposed to drum up controversy but remind rappers that many people will consider them targets. “As a RAPPER & as a MOTHER. I know 1st hand how these guys feel coming from the streets then being able to provide for their moms. My heart is hurting for the MOTHERS OF THESE KIDS that tried to make something better of their lives!!! LETS EDUCATE ASAP!!!” She added before pushing back against those criticizing her.

“It’s never the wrong time! If it saves ONE YOUNG RAPPER!!!! JUST ONE!!!!! THEN WE’VE DONE OUR JOBS!!!!! I spoke on losing our own @ the VMAS!!!! Enough is enough!!!! MY GOD. IDGAF about no fkng hate tweets!!!! Go fuck y’all dumb fkng selves!!!!!” she continued. “Y’all r not the ones that be bawling crying after you just worked with or just spoke to ONE OF YOUR OWN!!!!! I BELONG TO THIS SHIT. IMA FKNG SPEAK ON IT!!!! If it gets attention from y’all being ignorant than so be it!!! At least it’ll save lives. FOH.”

“I highly doubt n***as was looking at PMB’s babymom IG. He was in a bad location and people stay outside plotting. It’s very irresponsible and inconsiderate to blame her for something so tragic. We should be sending nothing but love to her and his family at this time,” Cardi B wrote.