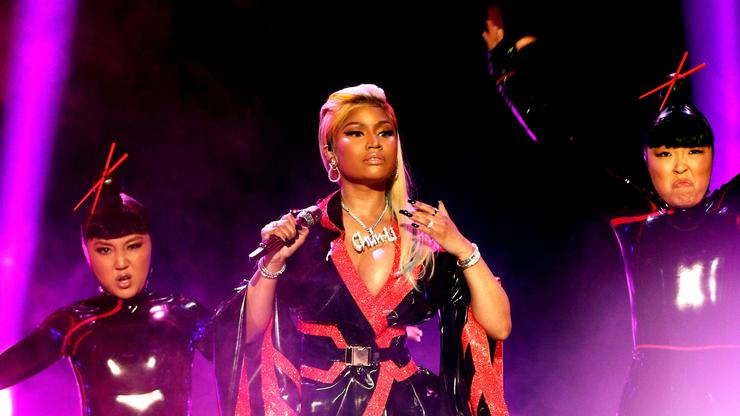 Nicki says she can’t see herself stepping away from music completely.

Despite announcing her retirement from the rap game earlier this year, Nicki Minaj doesn’t look like she’s ready hang up the mic just quite yet. On Thursday, Billboard shared an exclusive interview with the Queen rapper where she reflected on the past 12 months her year, which included her marriage to Kenneth Petty and the launch her Fendi collection. But it was comment about leaving the rap game that caught our attention.

When Nicki was asked about her retirement comments from earlier this year, she said she couldn’t see herself stepping away completely.

“I love music and interacting with fans, so I can’t really see taking myself completely away,” she told Billboard. “But I want to be open to other possibilities in my life. I do believe it is important to become a woman outside the magnifying glass. I have to make sure that I’m well-rounded as a human being,” she concluded.

Elsewhere, she talked about the success her Queen Radio, which broke the record for most-listened show the year on Apple Music. “It’s another thing I didn’t expect to be so big. I went in blindly: ‘I’m just going to get on the mic and talk to my fans. It can’t be that hard.’ But it takes a lot energy,” she says. “You have to be willing to be very honest and have a backbone. Queen Radio is beginning to set trends as well. There’s definitely going to be a lot more artists running into that lane] really soon. If I can get it to a place where everyone looks forward to it every time, then I feel like I’m doing the right thing.”

Read all that and more in the exclusive new interview right here.